Kit Harington to co-star with Dakota Fanning in 'Brimstone'

Kit Harington arrives for the 21st annual SAG Awards in Los Angeles on Jan. 25, 2015. Photo by Jim Ruymen/UPI The "Game of Thrones" icon is to co-star in the new film "Brimstone." | License Photo

"A triumphant epic of survival set in the searing wilds of the Badlands, the menacing inferno of the old American West," a synopsis said.

"A tale of powerful womanhood and resistance against the unforgiving cruelty of a hell on earth. Our heroine is Liz, carved from the beautiful wilderness, full of heart and grit, accused of a crime she didn't commit, hunted by a vengeful preacher -- a diabolical zealot and her twisted nemesis. But Liz is a genuine survivor; she's no victim -- a woman of fearsome strength who responds with astonishing bravery to claim the better life she and her daughter deserve." 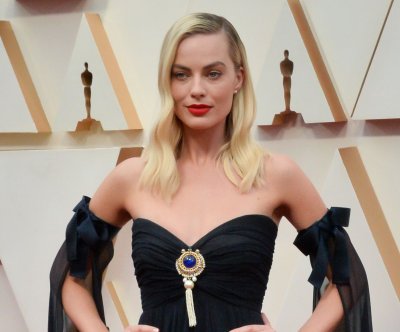