Deadline reported the casting news, noting Ejiofor's Mordo will be an amalgamation of characters from Doctor Strange's mythology and not necessarily the villain he is depicted in the comic books.

Scott Derrickson is helming the film, which is set for release Nov. 4, 2016.

Ejiofor and Cumberbatch previously worked together on the Best Picture Oscar-winner 12 Years a Slave. 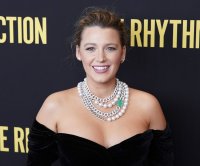