'She's All That' reboot is in the works

LOS ANGELES, April 8 (UPI) -- The 1999 romantic comedy, She's All That, which starred Freddie Prinze Jr. and Rachael Leigh Cook, is in the developing stages to get a reboot.

According to The Tracking Board, the Weinstein Company and Miramax are revisiting the project in which Kenny Leon is rumored to direct the film and Spike Lee's wife, Tonya Lewis Lee, will produce it.

The teen hit followed high school all-star, Zack (Prinze), and his friend Dean (the late Paul Walker) as they make a bet, waging that Zack could turn any girl from their school into a prom queen. Laney (Cook), the unpopular artsy loner is chosen as the target, but as they get to know each other, the pair fall in love.

Prinze weighed in on the rumored remake via Twitter when one user tweeted, "you know, just Hollywood running out of ideas one more time. But what's new." He replied, "tough for writers with original scripts."

She's All That garnered box office success in it's first week, reaching the number one spot and eventually grossing over $100 million worldwide. The movie is a modern adaptation of George Cukor's 1964 film My Fair Lady and George Bernard Shaw's play Pygmalion.

A release date for the remake has not been announced. 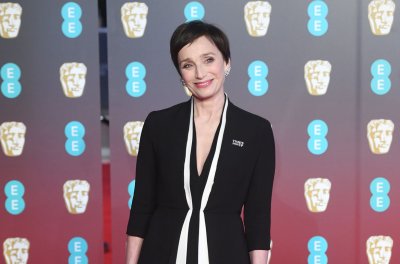