The pollsters asked 2,276 U.S. adults to name their favorite movie of all time. The participants were questioned online between Nov. 12-17. 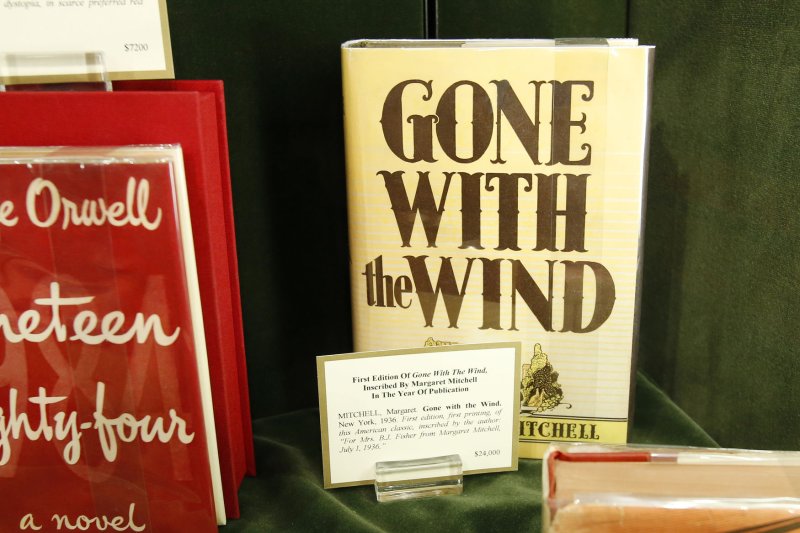 A first edition copy of Gone With the Wind inscribed by author Margaret Mitchell is on display at a press preview for the 59th annual Winter Antiques Show at the Park Avenue Armory in New York in New York City on January 24, 2013. The show is open to the public January 25-February 3, 2013 and features 73 exhibitors, including eight new to the show, and thousands of works of fine art, furniture, and decorative objects. UPI/John Angelillo | License Photo

The results of the Harris Poll -- suggesting the movie is still very much loved -- were released Wednesday.

The pollsters asked 2,276 U.S. adults to name their favorite movie of all time. The participants were questioned online between Nov. 12-17.

Coming in at No. 2 on the roster is the Star Wars series, followed by Titanic at No. 3, The Godfather at No. 4 and The Lord of the Rings franchise at No. 5.