"She's very excited about it," Reynolds told TV's Extra. "She's been on a diet ever since [she was cast in the film] because, you know, they have to be up to par, so she looks terrific. She's lost 40 pounds. She's very excited, as we all are, because we all love Star Wars."

Fisher, 57, will be reprising her role of Princess Leia in the film, which will reunite her with her former Star Wars co-stars Harrison Ford and Mark Hamill, who will once again play Han Solo and Luke Skywalker in the space epic.

The movie is set for release in December 2015.

Movies // 7 hours ago
Sundance movie review: 'Summering' is a winner for both kids and adults
LOS ANGELES, Jan. 25 (UPI) -- "Summering," which premiered virtually at the Sundance Film Festival, is about four girls approaching middle school who have one last summer adventure. The film itself should appeal equally to kids and grown-ups.

Movies // 10 hours ago
Sundance movie review: 'Resurrection' is an intense, creepy thriller
LOS ANGELES, Jan. 24 (UPI) -- "Resurrection" is a shocking thriller that puts Rebecca Hall at the mercy of Tim Roth, but she's more than equipped to fight back. 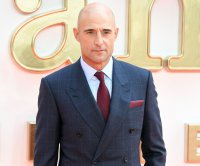 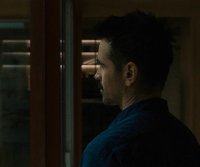 Movies // 20 hours ago
Sundance movie review: 'After Yang' is a touching exploration of attachment
LOS ANGELES, Jan. 24 (UPI) -- The sci-fi film "After Yang" explores a family's attachment to an android, and the grief with which they cope after he breaks down.