"For you to continue production would be wrong," Allman asserts.

The movie is based on Allman's autobiography, My Cross to Bear, and chronicles the 66-year-old Allman Brothers Band musician's life and career. The cast and crew were shooting on a bridge in Georgia on February 20, when a passing train killed camera assistant Sarah Jones and injured seven others. Filming was put on hold after the accident, but it was recently reported that Miller plans to resume production in June.

"I am writing you as one human being to another, and appealing to you from my heart," Allman writes in a letter to Miller. "I am asking you from a personal perspective not to go forward."

"When the idea of you producing the film first came about, I was genuinely excited about the possibility of sharing my story with fans around the world," he continues. "Unfortunately, all that changed for me on February 20 of this year ... The reality of Sarah Jones' tragic death, the loss suffered by the Jones family and the injuries to the others involved has led me to realize that for you to continue production would be wrong."

"Your desires as a filmmaker should not outweigh your obligations as a human being," the musician asserts. "I am asking you to do the right thing and set aside your attempts to resume the production out of respect for Sarah, her family and the loss that all of us feel so deeply."

Actor William Hurt, who was slated to portray the older Allman, has pulled out of the project due to the ramifications of the accident. The incident is currently being investigated, and the Georgia Bureau of Investigation is treating Jones' death as a negligent homicide. 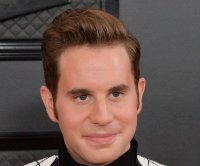