"What I can say about the acting experience and working with these extraordinary actors is that I learned something from every single one of them and then, of course, I learned things from watching the movie and seeing the actors do many scenes I was not a part of," Paulson said at a recent press conference with her co-stars in New York.

"Chiwetel and Michael, to me, are two of the most exciting actors we have and getting to work with Lupita, who I think is probably the future of this acting profession, of this business, because she is so open and alive and present and brave and willing, and it's extraordinary to see," the actress explained.

"I learned a lot about spontaneity from Michael and he is the most spontaneous, alive, brave, scary [actor]. I was jealous of his ability to kind of just fly in the face of convention and try things. I thought: 'Oh, my God! Whoa! Shoot!'

"And with Chiwetel, I learned about the power of stillness and to be completely full to the brim, to the brim! But have nothing spilling over. And the power of that. Sometimes I think [actors] always feel like you have to stand there and hit your mark and do something spectacular, even in those moments when you have no lines. You try to do something. There's this feeling you can't just stand there and be. You have a full inner life that is so palpable and just coming out of your pores. It was just an extraordinary learning experience."

Based on Solomon Northup's 1853 memoir, the film version of "12 Years a Slave" was written by John Ridley and directed by Steve McQueen. In it, Ejiofor plays Northup, a free black man from New York, who is kidnapped and sold as a slave to Fassbender's character Edwin Epps, a cruel Louisiana plantation owner whose treatment of his favorite slave Patsey, played by Nyong'o, incurs the wrath of his insecure wife Mary.

"Steve said something to me very early on. He said, 'I don't want you to apologize for her,'" Paulson recalled of the advice her director offered her early in the process of her preparation to play a loathsome character.

"Because this woman -- in terms of how I was approaching her in my mind -- I didn't want to think about the result of it," the actress continued. "How cruel she was going to be perceived as. I had to find -- in terms of judging that reality, I, personally, Sarah -- had to find a way into a woman who behaves this way and the only way that I could do that was to figure out why she behaved this way and try to understand the motivation.

"What I came up with was, not only was she a product of her time and she was probably raised by ignorant bigots, and she, in my mind ... it wasn't that she wasn't smart, but I don't think she had the emotional or psychological capacity to challenge the limitations of what she was taught.

"And so when confronted with big feelings of jealousy and being usurped by someone and having the man she is married to clearly have his heart set on another and so blatantly in front of the whole house and I think Mistress Epps cares most about perception and how she is perceived and what her station is, and although the behavior is deplorable and indefensible, it was all she knew how to do. She was a victim, too, of the time and her own inability to move past her jealousy and fear. She is able to belittle Epps because she feels so small herself. It's not an excuse. I'm not excusing her behavior. It's kind of a knife's-edge dance to talk about because I have my own personal feelings watching the movie about who that woman is, but when I was playing her, I couldn't judge her. I'd have no way to go there."

Co-starring Benedict Cumberbatch, Paul Dano, Paul Giamatti, Alfre Woodard and Brad Pitt, "12 Years a Slave" is in theaters now. It is nominated for nine Oscars, including Best Picture. Ejiofor is up for Best Actor, while N'yongo and Fassbender are nominated for Best Supporting Actress and Actor, and McQueen for Best Director. 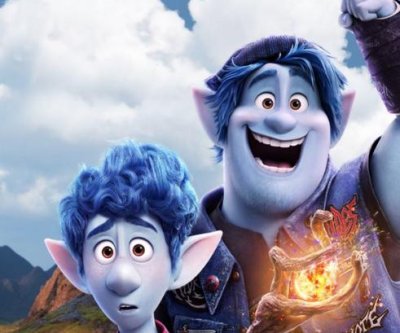