VIENNA, Feb. 1 (UPI) -- Maximilian Schell, who won an Academy Award for his role in "Judgment at Nuremberg," has died at an Austrian hospital, his agent said. He was 83.

The cause of Schell's death Friday wasn't reported, though he had been having lung problems, the Los Angeles Times reported.

"He was suffering from a long illness," his agent, Patricia Baumbauer said, quoted by CNN. "My mother was Schell's agent for over 50 years and when she died four years ago, he remained with the agency. He was like a father to me and knew my entire life."

In addition to winning a best actor Oscar for "Judgment at Nuremberg," he was nominated for his roles in "Julia" and "The Man in the Glass Booth," the Times said. 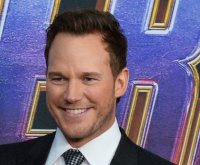