Minions from the film "Despicable Me" are seen in the The 2013 – 82nd Hollywood Christmas Parade Benefiting Marine Toys for Tots Foundation held in the Hollywood section of Los Angeles on December 1, 2013. UPI/Phil McCarten | License Photo

PORTLAND, Ore., Jan. 22 (UPI) -- The animated film "Despicable Me 2," featuring the voices of Steve Carell and Kristen Wiig, is the No. 1 movie-on-demand in the United States, Rentrak said. 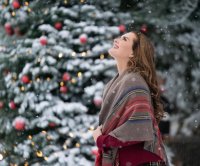