The Spirit Awards honor films with budgets of less than $20 million.

McQueen was nominated for Best Director, while his cast members Chiwetel Ejiofer, Lupita Nyong'o and Michael Fassbender were recognized in the Best Actor, Supporting Actress and Supporting Actor categories. "12 Years" is also up for Best Screenplay and Best Cinematography.

The remaining nominees for Best Feature are "All Is Lost," "Frances Ha" and "Inside Llewyn Davis."

Shortlisted for Best Actress are Cate Blanchett for "Blue Jasmine," Julie Delpy for "Before Midnight," Gaby Hoffmann for "Crystal Fairy," Brie Larson for "Short Term 12" and Shailene Woodley for "The Spectacular Now."

Challenging Ejiofor and "Nebraska" lead Bruce Dern for the Best Actor title are Oscar Isaac for "Inside Llewyn Davis," Michael B. Jordan for "Fruitvale Station," Matthew McConaughey for "Dallas Buyers Club" and Robert Redford for "All Is Lost."

Vying for the Best Supporting Actress crown, alongside Nyong'o and Squibb, are Melonie Diaz from "Fruitvale Station," Sally Hawkins from "Blue Jasmine and Yolonda Ross from "Go For Sisters."

In the running for Best Supporting Actor with Fassbender and Forte are the late James Gandolfini for "Enough Said," Jared Leto for "Dallas Buyers Club" and Keith Stanfield for "Short Term 12."

The winners are to be announced March 1 in Santa Monica, Calif. 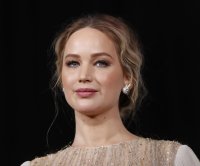 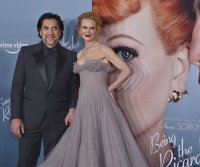