"I was, first of all, so grateful they even thought of me, so right away I was on board," Berry said at a news conference at last fall's Toronto International Film Festival where "Cloud Atlas" received a 10-minute standing ovation at its premiere.

"People have said, 'You were directed by three people, you had to be nuts and all those characters!' But ... Lana and Andy speak as one person," Berry explained. "They finish each other's sentences. Their thoughts are the same. They've talked about this for so long that the vision is clear and there is a safety, a safe feeling that came with that. I would have tried anything they said. Because I figured if I hadn't thought about it, they had and it just might work. So, there was safety."

Given the subject of the film, Berry was asked what decision she made in her life might have led her to where she is today. The actress laughed and replied, "I'm here because I just did not want to go to college.

"I worked so hard in high school to be 'Miss Everything' that I was burned out at 17 and so I had to go do something else," she added.

"Cloud Atlas" is the top-selling DVD and Blu-ray in the United States. 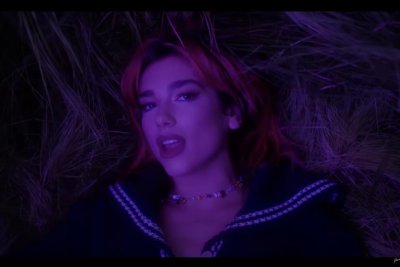