LOS ANGELES, March 14 (UPI) -- Colin Trevorrow is to direct and Steven Spielberg to executive produce the next installment in the "Jurassic Park" film franchise, The Hollywood Reporter said.

Trevorrow previously made his directorial debut with 2012's "Safety Not Guaranteed," while Spielberg helmed a slew of hits, including the first "Jurassic Park," which opened in 1993, and its 1997 sequel, "The Lost World: Jurassic Park."

"Jurassic Park III," directed by Joe Johnston, was released in 2001.

The fourth film in the series is expected to be released in theaters in June 2014. 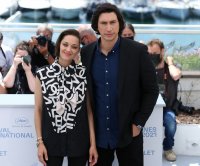