Gere to be honored at Hampton film fest 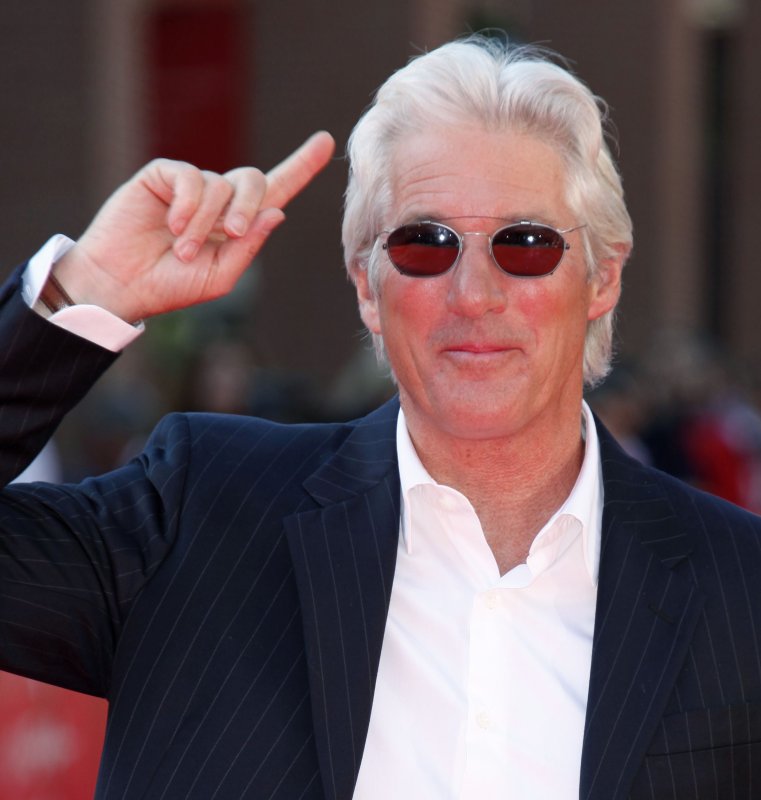 Richard Gere arrives on the red carpet before a screening of the film "A Dog's Story" during the 4th Rome International Film Festival in Rome on October 16, 2009. UPI Photo/David Silpa | License Photo

Gere is to receive the Golden Starfish Award during the 20th edition of the festival Oct. 6 at Guild Hall in East Hampton, N.Y. The award will be presented during the festival's "Conversation with Richard Gere" program, a discussion with Gere about his life and career, moderated by the festival's honorary chairman, Alec Baldwin.

Gere's film credits include "Arbitrage," "Days of Heaven," "Pretty Woman," "American Gigolo," "An Officer and a Gentleman" and "Chicago." He also is an accomplished musician, photographer and humanitarian, advocating for human rights with organizations that include The International Campaign for Tibet, Survival International and Healing the Divide.

"Richard Gere's outstanding body of work speaks for itself. Richard's phenomenal talent and social activism has showcased his passion and heart. We are thrilled to present him with the Golden Starfish Award for Lifetime Achievement in Acting," Karen Arikian, the festival's executive director, said in a statement.

Movies // 22 hours ago
Elizabeth Lail: 'Mack & Rita' is reminder to be our authentic selves
NEW YORK, Aug. 12 (UPI) -- Elizabeth Lail says "Mack & Rita" -- her comedy film about an anxious millennial homebody who magically transforms into a joyful, 70-year-old version of herself -- is a celebration of self-awareness and acceptance.

Movies // 1 day ago
Kat Graham: 'Collide' character is damaged, determined
NEW YORK, Aug. 11 (UPI) -- Singer and "The Vampire Diaries" actress Kat Graham says she wanted to star in "Collide" because it is a taut and entertaining thriller that also explores issues close to her heart.

Movies // 2 days ago
A meal with surprises is served in new trailer for 'The Menu'
Aug. 10 (UPI) -- A lavish meal takes a shocking turn in the new trailer for Searchlight Pictures' "The Menu," starring Ralph Fiennes and Anya Taylor-Joy.

Movies // 2 days ago
Movie review: 'Fall' reaches new heights for thrills
LOS ANGELES, Aug. 10 (UPI) -- "Fall" gets a full movie's worth of excitement out of two climbers stuck at the top of a tower.
Advertisement