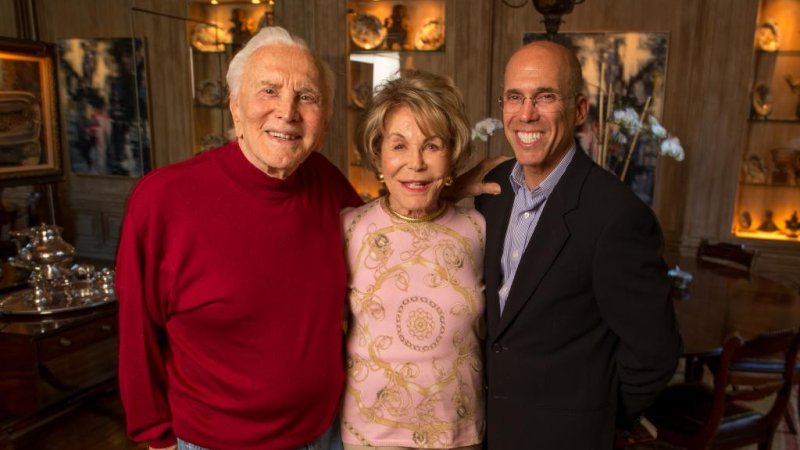 Kirk Douglas with his wife Ann and producer Jeffrey Katzenberg.

MPTF provides financial assistance and services for seniors who worked in the entertainment industry and those who care for them.

"When it comes to philanthropy, there is no one who I have admired more or learned more from than Kirk Douglas and so to be able to make this announcement today with Anne and Kirk is such a great privilege for me. MPTF has had no greater friends than the two of them," Katzenberg said in a statement Monday.

"When Anne and I were deciding how much to give to MPTF this year, we looked again at the wide range of services the fund provides. Then we doubled our pledge! Of course, my very persuasive friend Jeffrey Katzenberg gave us lots of encouragement. We will expand Harry's Haven, our Alzheimer's unit, with a portion of the new donation. And I'm sure the board will use the rest where it is most needed," Douglas said. "You know, I believe that giving to others is selfish, because the giver gets so much pleasure from it. I hope Anne and I inspire many more selfish acts of this kind, especially from the younger generation of entertainment professionals."

"In addition to the millions Kirk has given and raised over the years for Harry's Haven on the MPTF campus, this new commitment will sustain our dementia care unit in the years ahead. What a wonderful way for the Douglas family to celebrate the spirit of giving back and set an example for others in the entertainment industry," said Bob Beitcher, MPTF president and chief executive officer. 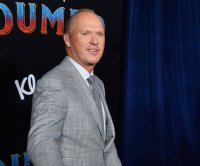