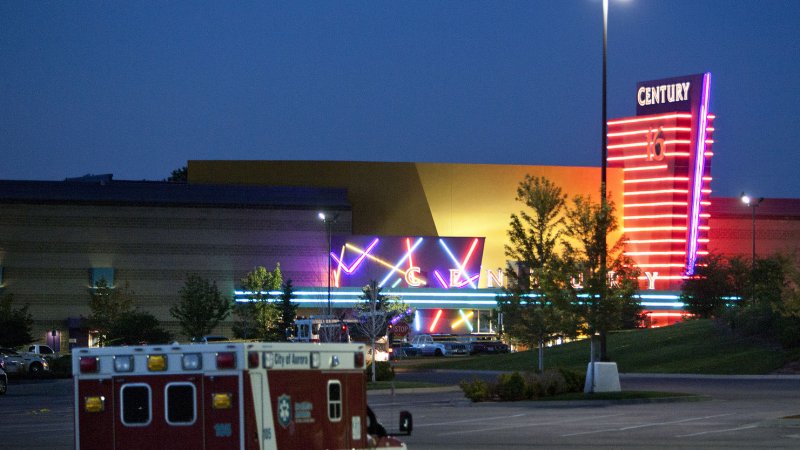 14 movie goers were shot and killed with up to 50 more people injured at the Century 16 movie theaters at the Aurora Mall in Aurora, Colorado on July 20, 2012. The victims were attending a midnight premiere of the new Batman movie. UPI/Gary C. Caskey | License Photo

PARIS, July 20 (UPI) -- Warner Bros. said it has canceled the Paris premiere of "The Dark Knight Rises" after a gunman killed 12 people at a screening of the Batman flick in Colorado.

The stars of the movie are in Paris, but have not yet commented to the media about the real-life shooting, the entertainment industry newspaper said.

"Warner Bros. is deeply saddened to learn about this shocking incident. We extend our sincere sympathies to the families and loved ones of the victims at this tragic time," the movie studio said in a statement Friday morning.

A 24-year-old man is in police custody, but no possible motive for his actions has been reported in the media. In addition to the 12 people he allegedly killed, dozens more were injured.