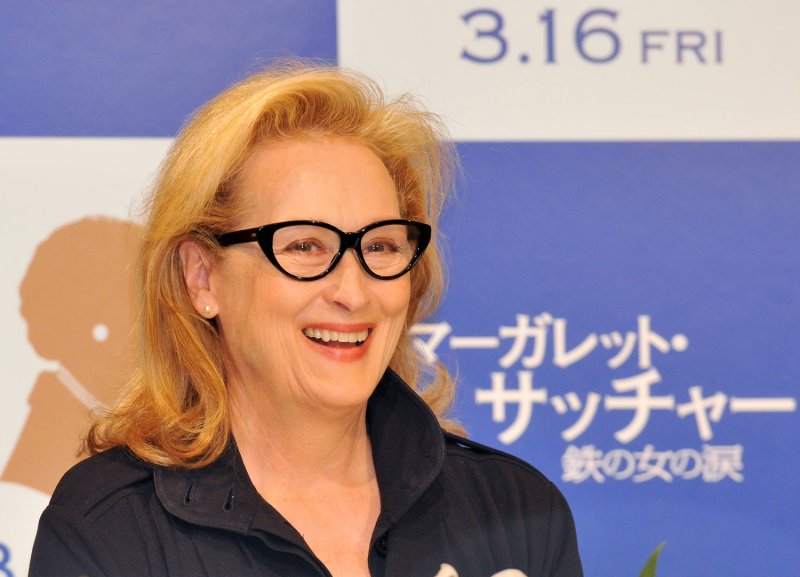 Actress Meryl Streep attends a press conference for the film "The Iron Lady" in Tokyo, Japan, on March 7, 2012. This film will open March 16 in Japan. UPI/Keizo Mori | License Photo

Actress Shirley MacLaine arrives as a guest for the premiere of the motion picture musical drama "Dreamgirls", at the Wilshire Theatre in Beverly Hills, California on December 11, 2006. The movie, based on the Broadway musical, tells the story of a trio of black female soul singers during the 1960's. The movie opens in Los Angeles and New York on December 15. (UPI Photo/Jim Ruymen) | License Photo

The ceremony is to take place June 7 at Sony Pictures Studios. It will air June 24 on TV Land.

Streep, who was honored with the AFI Life Achievement Award in 2004, played MacLaine's daughter in "Postcards From the Edge." Both actresses are Academy Award winners.

"AFI's challenge will be how to fit it all into one evening because hers is a life that spans from movies to television to Broadway, books and beyond. Perhaps more than any other recipient, with Shirley I would underline the word life in Life Achievement Award," he said. "Hers is a story more than just movies. It's an epic journey, and she has invited all of us to come along for the ride."

"It is sure to be a magical evening celebrating Shirley's career, especially with Meryl Streep and many other stars who will be on hand," said Larry W. Jones, president of TV Land.