"Diary" is about a modern-day fictional British spinster, played by Renee Zellweger, who suddenly finds herself romantically torn between the dashing rogue Daniel, played by Hugh Grant, and sweet, but stuffy Mark, played by Colin Firth. It was a hit when it was released in 2001 and "Bridget Jones: The Edge of Reason" followed in 2004.

Both films were based on Helen Fielding's books and newspaper columns, which, in turn, were inspired by Jane Austen's "Pride and Prejudice."

EW.com said Working Title has been working on another sequel since 2009. It is unclear whether the original cast will return for the third film, however.

Fielding's final "Bridget Jones" newspaper columns, which wrapped up in 2005, saw Bridget and Mark break up, then Bridget reunite with Daniel and become pregnant with his baby.

"I will be working on both the book and the film, but I don't know if they are the same thing yet. It's not been decided," the newspaper quoted Fielding as saying.

Firth said in 2008 he hasn't ruled out reprising his role of Mark Darcy, a modern incarnation of his Mr. Darcy character from British TV's "Pride and Prejudice" miniseries.

"I remember being on the set of the second ('Bridget Jones') with Hugh one day and one of us asked the other, 'Do you remember saying yes to this?' 'No, never did!'" Firth told UPI in 2008.

"Then, once the process was in motion, it had that kind of air of inevitability and then you would have had to be the one to unglue it all. So, if there was a third one, it might be like that. We might all come back as a kind of dysfunctional family again," he quipped. "It would have to be pretty damn good, I think."

Firth won an Oscar this year for his work in "The King's Speech." Zellweger won her Academy Award in 2003 for "Cold Mountain." 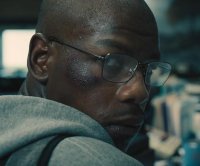 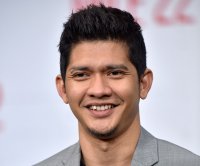