LOS ANGELES, June 13 (UPI) -- Laura Ziskin, a film producer and co-founder of Stand Up To Cancer, died Sunday night at home in Santa Monica, Calif., her representatives said. She was 61.

Ziskin, who lived with breast cancer for seven years, is survived by her husband, screenwriter Alvin Sargent, with whom she frequently collaborated; her daughter, producer Julia Barry; and her son-in-law, writer Eli Dansky, the Entertainment Industry Foundation said Monday.

A California native, Ziskin grew up in the San Fernando Valley. After graduating from the USC School of Cinema-Television in 1973, Ziskin began writing for game shows and then became the film producer/director Jon Peters' personal assistant.

She quickly became a development executive, moving into feature films with Peters' production company, where she worked on the 1976 remake of "A Star is Born," starring Barbra Streisand.

For the next three decades, Ziskin worked on films such as "The Eyes of Laura Mars," "Murphy's Romance," "No Way Out," "Pretty Woman," "What About Bob?" "The Doctor," "Hero," "To Die For," "As Good As it Gets," "Fight Club," "Courage Under Fire," "Anna and the King," "One Fine Day," "Inventing the Abbotts," "Volcano," "Soul Food," "Never Been Kissed," "Anywhere But Here," "The Thin Red Line," "The English Patient" and three Spider-Man blockbusters.

She also campaigned to raise awareness and funds for cancer research.

"After her cancer diagnosis, Ziskin embraced an additional, unsought role as a cancer activist, joining with other women in the entertainment and media businesses ... to co-found Stand Up To Cancer," a news release said. "The group marshals the entertainment industry's resources to engage the public in supporting a new approach to cancer research geared toward getting new therapies to patients quickly."

Earlier this year, Ziskin was presented with The Producers Guild of America's Visionary Award for her work as a film producer and her humanitarian efforts in the fight against cancer.

Speaking of herself and the other SU2C co-founders at the time, Ziskin said: "We realized we had the potential to make cancer the first-tier issue it needs to be and to impact how cancer is treated by using our skills as producers and quite literally 'putting on a show.' Stand Up To Cancer is my most important production and I am so touched and proud that the PGA is honoring us for it."

"Laura was the heart and soul of Stand Up To Cancer," SU2C co-founder Sherry Lansing said in a statement Monday. "She dreamed big, and attacked every challenge with creativity, passion, perseverance and intelligence."

SU2C co-founder Katie Couric said: "Laura was one of the most courageous people I've ever known. Her fearlessness in the face of this relentless killer inspires everyone on the SU2C team to redouble our efforts to make cancer history." 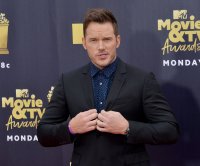 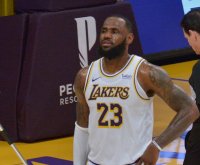 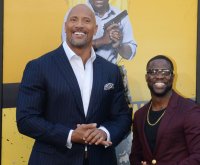