Actor Jake Gyllenhaal arrives at the Rome Film Festival in Rome on October 21, 2007. Gyllenhaal is in Rome with his film "Rendition". (UPI Photo/David Silpa) | License Photo

NEW YORK, Dec. 8 (UPI) -- U.S. actor Jake Gyllenhaal recently joked he took a role in the movie "Brothers" to prove he and co-star Tobey Maguire are not the same guy.

"People have very often told me that I look like Tobey, so I thought that was a perfect casting thing that Jim put us together," Gyllenhaal told reporters in New York recently, while promoting the war-themed family drama.

"I really just made this movie to show that I look a little different than Tobey and show all those cab drivers in New York I'm not Spider-Man," Gyllenhaal quipped.

Told his work reminds people what a good actor he is after his years of playing the superhero in three Spider-Man blockbusters, Maguire good-naturedly replied, "I used to be a good actor and I'm trying to return again.

"I don't know. I felt really fortunate to have the opportunity to do this with these folks and I definitely was excited at the challenge -- mostly I was attracted to the subject matter and to do something that could shine a light on something and, hopefully, start a conversation about something that is probably not talked about as much as we should talk about it," Maguire said, adding, "The role requires what it requires."

In the film, Maguire plays Sam, a U.S. Marine taken prisoner in Afghanistan and presumed dead. While he is gone, his wayward brother, Tommy, unexpectedly steps up to take care of Sam's wife Grace and their two young daughters. Family tension spirals out of control when Sam returns home -- emotionally shattered and physically abused -- after months of being tortured, then finds Tommy has effectively taken his place.

Gyllenhaal plays Tommy and Natalie Portman plays Grace in "Brothers," which is in theaters now. 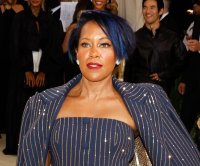