Actress Denise Dowse has died at the age of 64. File Photo courtesy of Pixnio

Dowse had been in a coma after falling ill with meningitis earlier this month.

The exact cause of her death was not immediately disclosed.

"I want to take this moment to thank our friends and family for all of the love and prayers. It is with a very heavy heart that I inform everyone that my sister, Denise Dowse has gone forward to meet our family in eternal life," Tracey Dowse wrote in a post on the actress' verified Instagram account Saturday.

"Denise Yvonne Dowse was the most amazing sister, a consummate, illustrious actress, mentor and director," the message continued. "She was my very best friend and final family member.Denise loved all of you. I know that she is watching over us with all the love she has.I ask for privacy and your continued prayers.I will provide, at a later time, her Celebration of Life information. I will update you here. Again I am so grateful for all the calls, text messages, direct messages, and silent prayers for my sister. We could not have made it so gracefully and painlessly without all of the prayer warriors around the world. Thank you for giving so selflessly. I love you." 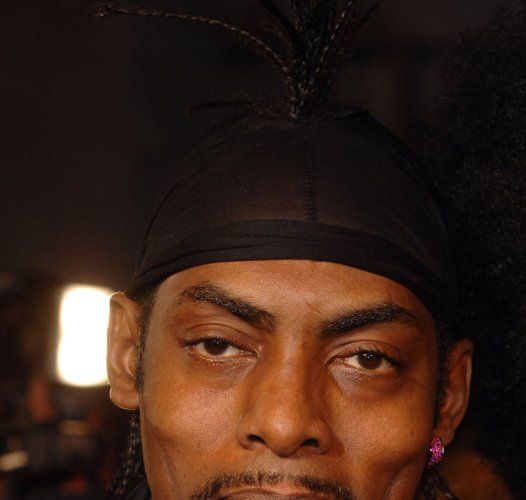 Coolio
Coolio, real name Artis Leon Ivey Jr., attends the "London Party" at the Spencer House in St. James's Place in London on February 18, 2006. Coolio died on September 28 at the age of 59 after he was found unresponsive in the bathroom of a friend's house. File Photo by Rune Hellestad/UPI | License Photo

TV // 18 hours ago
Rich Koz keeps monster movie legacy alive with 'Svengoolie'
NEW YORK, Oct. 1 (UPI) -- Rich Koz says he is flattered and even a bit overwhelmed at times by the size of the multigenerational fandom dedicated to "Svengoolie," his weekly horror and comedy programming block.

Music // 1 day ago
Mamamoo share 'Mic On' teaser featuring Moonbyul
Sept. 30 (UPI) -- K-pop stars Mamamoo released a teaser for their EP "Mic On," which will feature the new single "Illella."

Entertainment News // 1 day ago
'Blonde' highlights Marilyn Monroe's relationships, stardom
Sept. 30 (UPI) -- The latest depiction of actress Marilyn Monroe, Netflix's "Blonde," leans in to its fictional portrayal. Interviews with Monroe and other clippings in the UPI Archive depict moments from her true story.

Movies // 1 day ago
'Community' movie in the works at Peacock
Sept. 30 (UPI) -- Joel McHale, Danny Pudi, Alison Brie, Ken Jeong and other "Community" stars will reunite in a new film based on the NBC series.

Donny Osmond, Flavor Flav to compete on 'Criss Angel's Magic with the Stars'