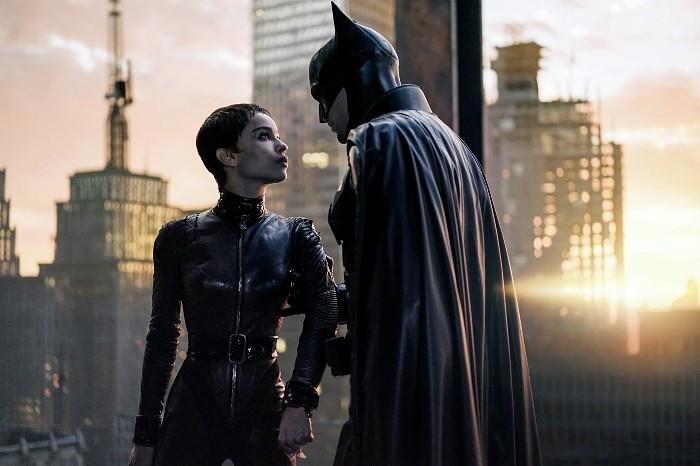 Zoë Kravitz (L) and Robert Pattinson in "The Batman," a film that garnered 12 nominations at the upcoming Saturn Awards. Photo courtesy of Warner Bros.

Aug. 12 (UPI) -- The 2022 Saturn Awards announced its full list of nominees on Friday, with The Batman, along with the Star Wars and Marvel franchises all scoring a large pile of nods.

The list was announced via Deadline for the upcoming show, which honors the best Hollywood genre projects.

This mostly includes science fiction, fantasy and horror, though other types of films have been nominated in the past.

Nominations for the 50th anniversary edition #SaturnAwards are out!! And this time the show will be live streamed on @ElectricNow1 on October 25th!! Which of your favorites are nominated!?https://t.co/avOMbFh3uf— The Official Saturn Awards! (@SaturnAwards) August 12, 2022

The Academy of Science Fiction, Fantasy & Horror Films, which organizes the event, said that the winners of the 2022 Saturn Awards will be live streamed in a ceremony on Oct. 25.

Leading the pack of nominees is Warner Bros. and DC Films' The Batman, which garnered 12 nominations

The film, which featured Robert Pattinson in the title role as the Caped Crusader, is up for Best Superhero Film, Best Film Direction and Best Film Writing (Screenplay), among others.

Pattison himself was also nominated for Best Actor, along with nominations for co-stars Zoë Kravitz and Paul Dano, who are in the race for Best Actress and Best Supporting Actor, respectively.

The superhero film category itself, though, was largely dominated by Marvel, which picked up a whole host of nominations as well due to projects like Spider-Man: No Way Home, Shang-Chi and the Legend of the Ten Rings, Thor: Love and Thunder and Doctor Strange in the Multiverse of Madness.

All four of these films were nominated for Best Superhero Film alongside The Batman.

For their performances in Spider-Man and Shang-Chi, Tom Holland and Simu Liu earned Best Actor nods for their respective roles.

This includes accolades for the saga's numerous television series over the past year, such as Star Wars: The Bad Batch (Best Animated Series) and Season 2 of The Mandalorian (Best Science Fiction Series -- Streaming).

The recent limited series Obi-Wan Kenobi also added to the Star Wars pack, with nominations for Best Limited Event Series (Streaming) as well as nods for star Ewan McGregor and other actors.

While franchises continue to dominate, standalone films also made prominent appearances among the nominees.

Dune, the highly acclaimed Warner Bros. film based on the epic sci-fi book of the same name, also saw itself on the nominee list.

Directed by Denis Villeneuve, Dune is up for, among others, Best Science Fiction Film and Best Actor for star Timothée Chalamet.

Movies // 12 hours ago
'My Father's Dragon' trailer brings children's book to life
Sept. 28 (UPI) -- "My Father's Dragon," an animated film from "The Secret of Kells" studio Cartoon Saloon and featuring Jacob Tremblay and Gaten Matarazzo, is coming to Netflix.
Advertisement

Norman Reedus honored with star on Hollywood Walk of Fame