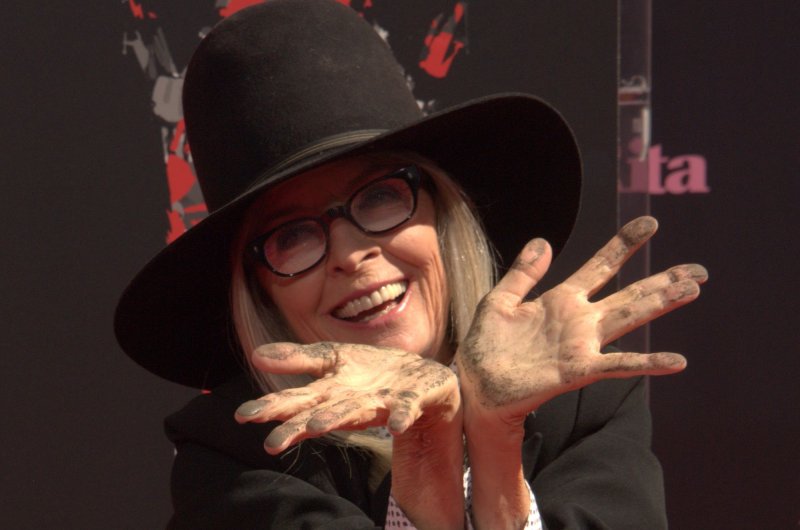 Aug. 12 (UPI) -- Diane Keaton discussed her film The Godfather while attending her hand at footprint ceremony at the TCL Chinese Theatre.

The 76-year-old actress was honored Thursday at the historic Hollywood theater.

Keaton is an Academy Award-winning actress who has appeared in such films as The Godfather, Annie Hall, Father of the Bride, Something's Gotta Give.

In an interview with People at the ceremony, Keaton said casting her as Kay Adams-Corleone in The Godfather, her first major film role, was "the kindest thing that someone's ever done" for her.

"I got cast to be in The Godfather and I didn't even read it," she said, referencing Mario Puzo's novel of the same name. "I didn't know a single thing. I just was going around auditioning. I think that was amazing for me. And then I had to kind of read the book."

Keaton recently told Entertainment Tonight that her Godfather co-star Al Pacino was nearly not cast in his iconic role of Michael Corleone.

"Nobody wanted Al Pacino. They didn't want him to play that part, and I had already been cast," the actress said.

The Godfather won Oscars for Best Picture, Best Adapted Screenplay and Best Actor for Marlon Brando at the 1973 Academy Awards.

Blackpink's Jisoo, Jennie appear in 'Pink Venom' concept teasers Kieran Culkin says daughter picked up curse word from his swearing 'Empire of Light' with Olivia Colman to screen at BFI London Film Festival What to watch next: Sign up for UPI's Streaming newsletter

Music // 1 day ago
Mamamoo share 'Mic On' teaser featuring Moonbyul
Sept. 30 (UPI) -- K-pop stars Mamamoo released a teaser for their EP "Mic On," which will feature the new single "Illella."

Entertainment News // 1 day ago
'Blonde' highlights Marilyn Monroe's relationships, stardom
Sept. 30 (UPI) -- The latest depiction of actress Marilyn Monroe, Netflix's "Blonde," leans in to its fictional portrayal. Interviews with Monroe and other clippings in the UPI Archive depict moments from her true story.

Movies // 1 day ago
'Community' movie in the works at Peacock
Sept. 30 (UPI) -- Joel McHale, Danny Pudi, Alison Brie, Ken Jeong and other "Community" stars will reunite in a new film based on the NBC series.

Donny Osmond, Flavor Flav to compete on 'Criss Angel's Magic with the Stars'