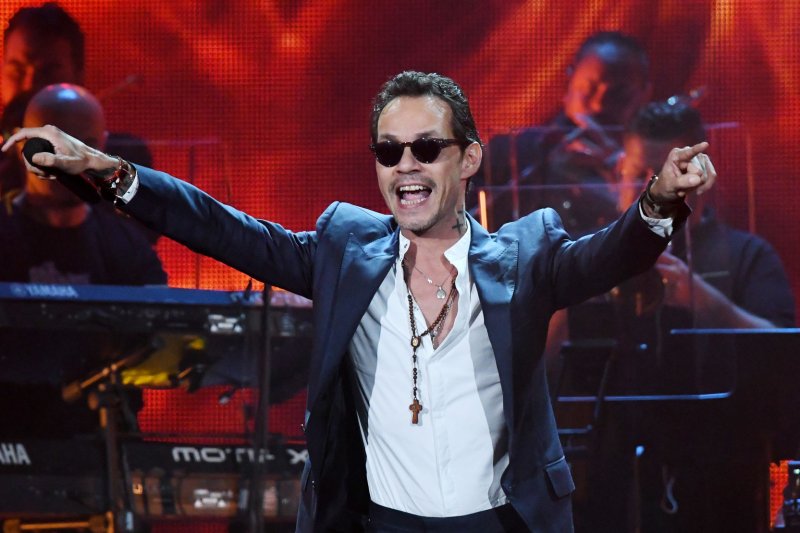 Ferreira revealed the news on her Instagram Story, posting a photo of her and Anthony's hands. The picture showed off Ferreira's large diamond engagement ring, as well as a tattoo of a thick black line that Anthony has on his left ring finger.

The 53-year-old singer and Ferreira, 23, celebrated their engagement Thursday night at Sexy Fish restaurant in Miami. The party was first planned as a celebration of the model's 23rd birthday, which was May 10.

Anthony and Ferreira sparked relationship rumors after an outing in Mexico City earlier this year, and the pair confirmed their romance via Instagram with a selfie taken on an airplane in March.

Before his relationship with Ferreira, Anthony had been married three times. He was married to former Miss Universe Dayanara Torres from 2000-04, and the couple welcomed two sons -- Cristian and Ryan -- before splitting.

TV // 9 minutes ago
'The Good Fight': Paramount+ series to end with Season 6
May 27 (UPI) -- "The Good Fight," a legal drama and spinoff of "The Good Wife" starring Christine Baranski, will conclude with a sixth and final season.

Entertainment News // 2 hours ago
Alec Baldwin mourns death of mom Carol: She 'taught me about second acts'
May 27 (UPI) -- Alec Baldwin posted a tribute to his mom, Carol Baldwin, who was also the grandmother of Hailey Bieber and Ireland Baldwin.

Music // 2 hours ago
Twice play Silwhoette game on 'The Late Show'
May 27 (UPI) -- K-pop stars Twice played a game on "The Late Show with Stephen Colbert" where they guessed the member based on their silhouette.