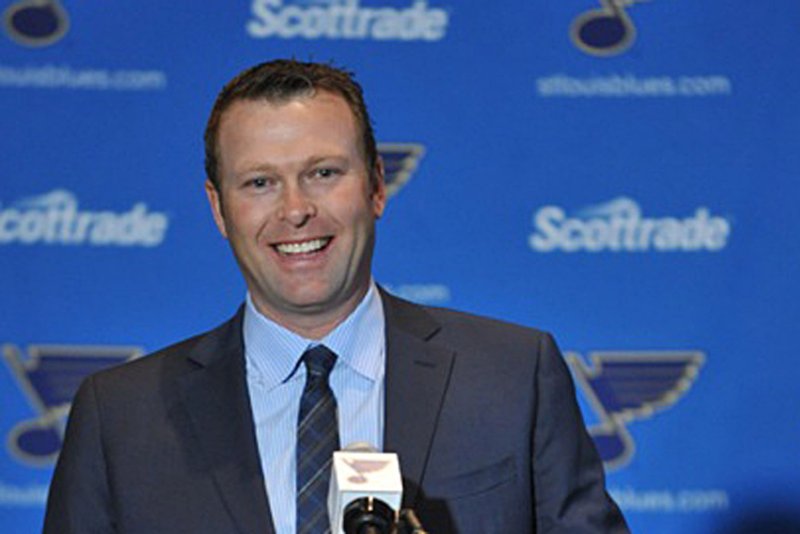 St. Louis Blues goaltender Martin Brodeur delivers remarks as he announces his retirement from hockey at the Scottrade Center in St. Louis on January 29, 2015. The former hockey player turns 50 on May 6. File Photo by Bill Gutweiler/UPI | License Photo

May 6 (UPI) -- Those born on this date are under the sign of Taurus.

Music // 10 hours ago
Charli XCX cancels shows: 'I have completely lost my voice'
May 27 (UPI) -- "Beg for You" singer Charli XCX is on vocal rest and will no longer perform planned shows in Europe and the U.K.

Entertainment News // 11 hours ago
What to stream Memorial Day weekend: 'Obi-Wan,' 'Stranger Things' S4
May 27 (UPI) -- "Obi-Wan Kenobi," "Stranger Things" Season 4, Norm Macdonald's "Nothing Special," "Carpool Karaoke" Season 5, AEW's "Double or Nothing" and "Shoresy" are some of the entertainment options streaming this weekend.

TV // 11 hours ago
'The Good Fight': Paramount+ series to end with Season 6
May 27 (UPI) -- "The Good Fight," a legal drama and spinoff of "The Good Wife" starring Christine Baranski, will conclude with a sixth and final season.