Cardi B is speaking out after she won a libel suit against YouTuber Tasha K. File Photo by Jim Ruymen/UPI | License Photo

Jan. 26 (UPI) -- Cardi B is commenting on her recent lawsuit win over YouTuber Tasha K, which resulted in the rapper being awarded nearly $3 million in punitive damages and attorneys' fees.

Cardi B sued Tasha K, real name Latasha Kebe, in 2019, after the YouTuber posted videos claiming that the hitmaker was a prostitute, contracted herpes, cheated on her husband and more.

Jurors found Tasha K liable on counts of defamation, invasion of privacy and infliction of emotional distress. Tasha K was also ordered to pay Cardi B $1.25 million on Monday, bringing the total to over $4 million.

"After almost four years of repeated libel and slander against me, being able to walk away from this victorious brings my great happiness," Cardi B said in a lengthy statement before thanking the judge, jury, legal team and family.

"During this trial, all of you have learned about the darkest time in my life. That moment in time was fueled by the vile, disgusting and completely false narratives that were repeatedly and relentlessly being shared online. I thought I would never be heard or vindicated and I felt completely helpless and vulnerable. I have never taken for granted the platform that my fame allows me to have, which is why for over three years I dedicated every resource I had to seek justice," she continued.

Cardi B went on to say that false content on platforms like YouTube have to be removed. Cardi B also acknowledged that her career started on social media and that it can be a tool to fuel important conversations surrounding Black Lives Matter and Stop Asian Hate.

"However, we've also seen countless stories of children and adults deciding to take their lives due to cyberbullying and intentional attacks. So while I am very grateful that this trial has come to its conclusion and the jury has rendered a powerful and substantial message, literally -- I really hope that my experience forces all of us, but especially the platforms who allow this behavior to be a part of their communities, to re-think what moves us forward as a society versus what cripples us," Cardi B said before sharing the National Suicide Prevention Lifeline, which is 1-800-273-TALK.

Tasha K's lawyer Sadeer Sabbak has stated that her team disagrees with the verdict and will be filing an appeal.

Cardi B to cover funeral costs for victims of Bronx fire Cardi B gives birth to son, second child with Offset What to watch next: Sign up for UPI's Streaming newsletter 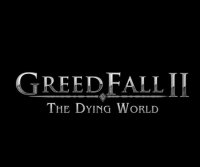 TV // 11 hours ago
'The Hills' reboot returning to MTV with new cast
May 18 (UPI) -- MTV is set to bring back one of its most popular reality series, "The Hills." The Paramount network is giving the green light to a planned reboot of the hit franchise.

Entertainment News // 20 hours ago
Taylor Swift shares life hacks, tells NYU grads to dance like the class of '22
May 18 (UPI) -- Taylor Swift donned a cap and gown on Wednesday as she received an honorary degree from New York University and addressed the graduating class of 2022.
Advertisement