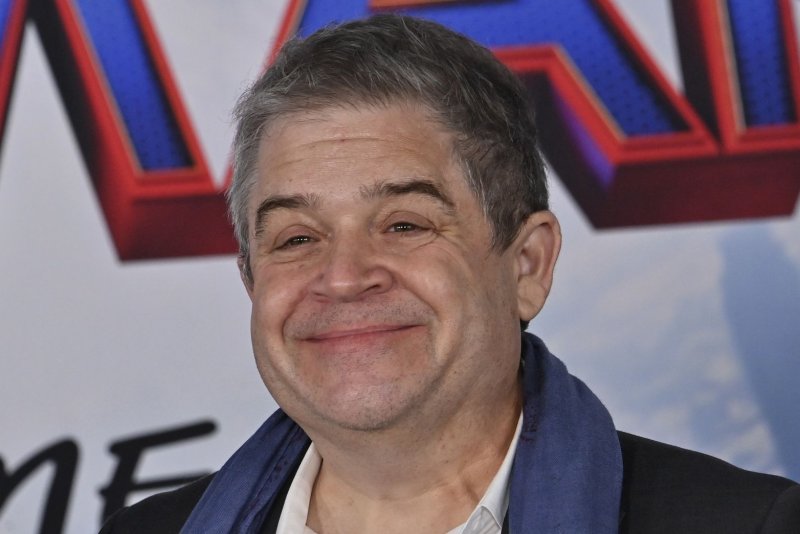 Patton Oswalt attends the premiere of "Spider-Man: No Way Home" on December 13. Oswalt has addressed a social media post he made with Dave Chappelle after he received backlash about it. File Photo by Jim Ruymen/UPI | License Photo

Jan. 3 (UPI) -- Patton Oswalt is addressing his friendship with Dave Chappelle and how he has received backlash due to Chappelle's previous comments about the transgender community.

Oswalt received flack after he uploaded to Instagram a photo of himself with Chappelle after he joined the fellow comedian for a stand-up set on New Year's Eve.

Chappelle came under fire for his Netflix special The Closer, with trans employees and creators at Netflix organizing a walkout in October due to the content of the special. The walkout received support from Elliot Page, Lilly Wachowski, Joey Soloway, Eureka and more.

"Thirty four YEARS we've been friends. He's refocused and refined ideas a lot of us took as settled about race & history & Life On Planet Earth and spun them around with a phrase or punchline. We've done bad & good gigs, open mics & TV tapings. But we also 100% disagree about transgender rights & representation," Oswalt said on Sunday in a lengthy post alongside a photo of himself writing on a notepad.

"I support trans peoples' rights -- ANYONE'S rights -- to live safely in the world as their fullest selves. For all the things he's helped ME evolve on, I'll always disagree with where he stands NOW on transgender issues. But I also don't believe a seeker like him is done evolving, learning," Oswalt continued.

Oswalt went on to mention how he has been carrying around guilt about friends he has cut off before for having views he didn't agree with. He also apologized about any hurt his original post with Chappelle might have caused and for deleting comments on the original post.

"I wanted a 'nice comment thread' about the pic with my friend. Ugh. So easy to think someone ELSE needs growth and miss the need in yourself. Gonna keep trying," Oswalt concluded.

Dave Chappelle speaks out on Netflix controversy Netflix is a Joke comedy festival to feature Dave Chappelle, Amy Schumer What to watch next: Sign up for UPI's Streaming newsletter

Movies // 48 minutes ago
Aubrey Plaza: 'Emily the Criminal' shows 'how broken the system is'
LOS ANGELES, Aug. 9 (UPI) -- Aubrey Plaza and Theo Rossi discuss their movie, "Emily the Criminal," starring Plaza as a woman who resorts to crime to make ends meet.

TV // 13 hours ago
What to binge: 5 shows to watch while waiting for 'Manifest' S4
Aug. 8 (UPI) -- "Manifest" has had a turbulent history since its premiere in 2018 -- always on the brink of cancellation, but consistently saved in the 11th hour due to the support of its passionate fanbase.

TV // 13 hours ago
Jeffrey Wright: Bernard 'attained a type of liberation' on 'Westworld'
LOS ANGELES, Aug. 8 (UPI) -- Jeffrey Wright discusses Sunday's episode of "Westworld" and what he sees as Bernard claiming his freedom.

Entertainment News // 15 hours ago
John Legend, Chrissy Teigen describe hesitancy to discuss 2020 miscarriage
Aug. 8 (UPI) -- John Legend and Chrissy Teigen are looking back on their last few years, in which the couple experienced a pregnancy loss and are now expecting again.