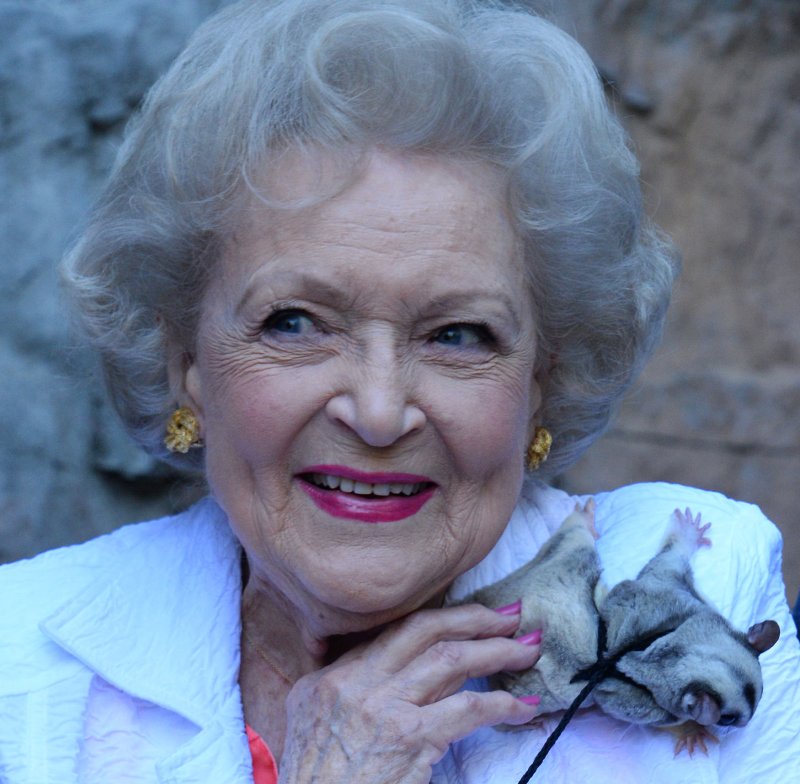 Dec. 31 (UPI) -- Betty White -- famed for her long standing television and film career spanning over 75 years and popularity for her roles in The Mary Tyler Moore Show, The Golden Girls and Hot in Cleveland -- died Friday. She was 99 years old.

"Even though Betty was about to be 100, I thought she would live forever," her agent Jeff Witjas told People in a statement.

"I will miss her terribly and so will the animal world that she loved so much. I don't think Betty ever feared passing because she always wanted to be with her most beloved husband Allen Ludden. She believed she would be with him again."

The Los Angeles Police Department told E! News they responded to a death investigation at White's home at 9:30 a.m. Friday.

They categorized it as as "a natural death investigation" and said no foul play was suspected.

TMZ reported White had not been in ill health in the days leading up to her death, but rarely left her home since the coronavirus pandemic began in 2020.

Born Jan. 17 1922 in Oak Park, Ill., White at two-years-old moved with her family to Los Angeles. There, she began her professional career at the Bills Hayden Little Theater in Beverly Hills before working as a television station assistant in the early 1950s. Soon after, White launched her very own show, Life with Elizabeth

Stemming from the area's radio and theater community, White was among the first female producers in Hollywood. She launched Bandy Productions in 1952 through which she produced Life with Elizabeth as a spinoff with writer George Tibbles. The show ran until 1955.

In 2010, White served as Saturday Night Live host, becoming the oldest ever to lead the show. In 2014, Betty White became the world record keeper for holding the Longest TV Career for an Entertainer (Female) for her tireless work over 70 years.

White's most recognizable achievements were her roles in the Happy Homemaker Show, the Mary Tyler Moore Show and Golden Girls.

The actress played side character Sue Ann Nivens for the first two series, but almost completely stole the spotlight with her glittering wit and unmistakable charm. White earned two Emmy Awards for her work on the projects.

For the 1980s sitcom Golden Girls, White played Rose Nylund alongside co-stars Rue McClanahan, Bea Arthur and Estelle Getty. Her playful, naïve character became the undeniable favorite of many, leading to her winning yet another Emmy Award and becoming the only star nominated for best actress from the show every season it aired.

White's Golden Girls character Rose was also the only to appear on four different television shows. On top of Golden Girls, the character was featured in Empty Nest, The Golden Palace and Nurses.

A game show queen, White was a staple on such classics as Password, Match Game, Just Men! and The $25,000 Pyramid. Her popularity in the television genre helped her earn an additional Emmy for Outstanding Game Show Host in 1983.

Later in her career, White became a sought-after guest star, having made appearances on such series as The John Larroquette Show, Boston Legal, and The Bold and the Beautiful. She also both starred and made cameos in movies including 2003's Bringing Down The House, 2008's Ponyo and 2009's The Proposal alongside Sandra Bullock and Ryan Reynolds.

"Once in a generation a movie comes along that your whole family will love," she said in a Facebook video. "If your family is a screwed up bunch of French-kissing inbreds. Plus, Ryan Reynolds is so [expletive] handsome in his red leather suit."

White's easygoing, yet often suggestive sense of humor brought her far throughout her seven-decades career. It helped her earn an induction into the Television Hall of Fame in 1995, a Screen Actors Guild Life Achievement award in 2009 and a Grammy Award in 2012 -- among many others.

But the entertainer did not spend all of her time entertaining -- she was also a passionate animals' rights activist.

"I'm actually the luckiest broad alive," she told The Hollywood Reporter in 2010. "Half of my life is working in a profession I love and the other half is working with animals. I couldn't ask for more."

Betty White was not only an actress, producer and advocate throughout her long life, she was also an author of several books including Betty White In Person (1987), Here We Go Again: My Life in Television (1995) and You Ask Me (And Of Course You Won't) (2011). She has also written an account of her work with animals, My Life at the Zoo: Betty and Her Friends, also out in 2011.

Regarding her personal life, White was married three times. First, she wedded WWII pilot Dick Barker and then theater agent Lane Allen; but much later said her third husband, Password host Allen Ludden, was the true love of her life.

White and Ludden married in 1963 and remained so until Ludden's death from stomach cancer in 1981. She did not remarry.

Betty White turns 99: a look back

Left to right, cast members Betty White, Bea Arthur and Rue McClanahan of "The Golden Girls" are on hand to sign copies of the show's new DVD of their third season at a bookstore in New York City on November 22, 2005. White is the only surviving "Golden Girl." Photo by Monika Graff/UPI | License Photo

Speaking to Oprah Winfrey in 2015, White revealed she regretted not marrying Ludden sooner, saying, "I spent a whole year, wasted a whole year that Allen and I could have spent together saying, 'No, I wouldn't marry him. No, I won't. No, I won't leave California. No, I won't move to New York.'"

"I wasted a whole year we could have had together," she explained. "But we made it. We finally did."

Speaking with Anderson Cooper in 2011, White said she, "had the love of my life," and didn't need to continue looking for love after Ludden's death. "If you've had the best, who needs the rest?"

Betty White received her Hollywood Walk of Fame star -- located right next to her late husband's -- in 1988.

Left to right, cast members Betty White, Bea Arthur and Rue McClanahan of "The Golden Girls" are on hand to sign copies of the show's new DVD of their third season at a bookstore in New York City on November 22, 2005. White is the only surviving "Golden Girl." Photo by Monika Graff/UPI | License Photo

Entertainment News // 16 minutes ago
Ringling Bros. circus to return in 2023 without animals
May 18 (UPI) -- The Ringling Bros. and Barnum & Bailey Circus is set to make a comeback in 2023 with a newly formatted show that will not use animals.

Entertainment News // 52 minutes ago
Taylor Swift wears cap, gown at NYU graduation
May 18 (UPI) -- Taylor Swift donned a cap and gown on Wednesday as she received an honorary degree from New York University and addressed the graduating class of 2022.

TV // 1 hour ago
Discovery+, Travel set paranormal lineup with Kesha, Jack Osbourne shows
May 18 (UPI) -- Discovery+ and the Travel Channel have announced a new slate of paranormal-themed programming launching in 2022.

Music // 1 hour ago
Lizzo documentary in the works at HBO Max
May 18 (UPI) -- "About Damn Time" singer Lizzo is the subject of a new documentary about her life and music.

TV // 2 hours ago
Sacha Baron Cohen to narrate 'Chelm' animated comedy special
May 18 (UPI) -- "Chelm: The Smartest Place on Earth," a new special from Sacha Baron Cohen and "King of the Hill" creators Greg Daniels and Mike Judge, is coming to HBO Max.

Music // 2 hours ago
Yungblud to release self-titled third album in September
May 18 (UPI) -- Yungblud has announced on Twitter that he will release his self-titled third studio album on Sept. 2.
Advertisement