Michael B. Jordan discussed starring in and making his directorial debut with "Creed III" on "The Late Show." File Photo by John Angelillo/UPI | License Photo

The 34-year-old actor discussed the project during Thursday's episode of The Late Show with Stephen Colbert.

Jordan played aspiring boxer Adonis "Donnie" Johnson Creed, the son of Apollo Creed, in Creed (2015) and Creed II (2018), which take place in the Rocky universe. He will reprise the role in Creed III and also direct the film.

On The Late Show, Jordan said directing the third film felt like a natural transition.

"I think it was one of those things where I just felt comfortable," he said. "I knew it was going to be a risk. I'm super excited to get behind the camera."

Jordan said he has a story he wants to tell in Creed III and that directing allows him to "execute the vision I saw in my head."

"So from the second one to the third one, I called Ryan up and he's like, 'You're ready for it. Just do it,'" he said.

Creed III will open in theaters in November 2022.

Jordan will next star in A Journal for Jordan, a film adaptation of the Dana Canedy memoir. The actor attended the movie's New York premiere Thursday with director Denzel Washington and his co-star Chanté Adams.

Michael B. Jordan, Denzel Washington attend 'A Journal for Jordan' premiere in NYC 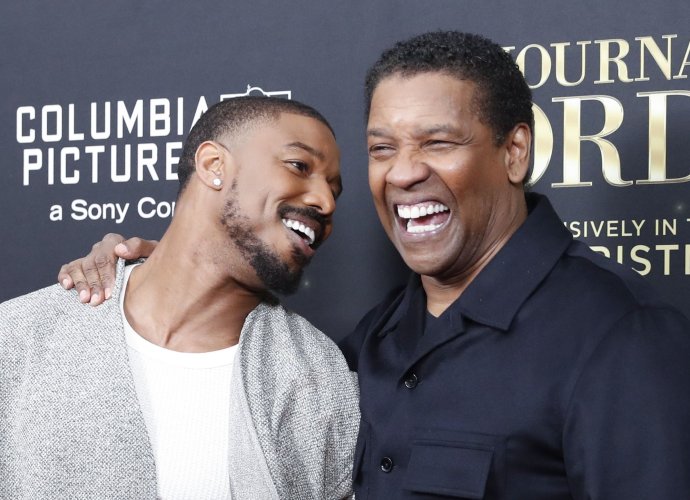 Cast member Michael B. Jordan (L) and director, producer Denzel Washington arrive on the red carpet for the premiere of "A Journal For Jordan" at AMC Lincoln Square Theater in New York City on Thursday. Photo by John Angelillo/UPI | License Photo

Michael B. Jordan shares photos with Lori Harvey on anniversary 'Extraction 2': Chris Hemsworth returns as Tyler Rake in new photo Winter reading: 10 books being adapted for film, TV What to watch next: Sign up for UPI's Streaming newsletter

Movies // 42 minutes ago
'My Father's Dragon' trailer brings children's book to life
Sept. 28 (UPI) -- "My Father's Dragon," an animated film from "The Secret of Kells" studio Cartoon Saloon and featuring Jacob Tremblay and Gaten Matarazzo, is coming to Netflix.