Nov. 23 (UPI) -- Singer/producer Aaron Carter and his fiancee, Melanie Martin, announced the birth of a son, whose name is Prince.

Martin underwent an emergency C-section delivery after some 13 hours of labor, according to a report in People.

Earlier this month, Carter told TMZ that their son's name will be a tribute to his relationship with the late Michael Jackson, whose son is also named Prince.

Carter had announced in April 2020 that Martin was pregnant but the couple suffered a miscarriage.

As early as 2017, Carter talked about potential fatherhood.

In announcing his breakup that year with Lina Valentina, Carter said the couple had talked about having kids.

Carter became known in the music industry in the late 1990s as a pop and hip hop singer -- at age 9.

TV // 28 minutes ago
'Bel-Air' teaser reimagines 'Fresh Prince' series as a drama
Jan. 26 (UPI) -- Newcomer Jabari Banks has his life flipped-turned upside down in the new teaser trailer for "Bel-Air," a dramatic reimagining of "The Fresh Prince of Bel-Air." 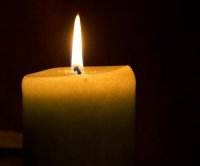