New character balloons include Ada Twist, Scientist by Netflix, a Funko Pop!-inspired Grogu from The Mandalorian, Ronald McDonald by McDonald's and Pikachu and Evee from Pokémon.

"For more than nine decades, the Macy's Thanksgiving Day Parade has served to bring joy to millions, who gather with friends and family to experience this one-of-a-kind holiday celebration along the streets of New York City and in homes nationwide," parade executive producer Will Coss said in a press release.

"For our 95th celebration, Macy's has created a spectacle to remember featuring a dazzling array of high-flying balloons, animated floats and incredible performers," Coss added. "We can't wait to help New York City and the nation kick-off the holiday season with the return of this cherished tradition."

THIS JUST IN! Here's the star-studded lineup for this year's 95th #MacysParade!

Macy's partnered with the city and state of New York to create a production plan in accordance with CDC guidelines, as well as local and state government protocols.

Viewers can watch the Macy's Thanksgiving Day Parade broadcast from 9 a.m. to 12 p.m. on NBC and Telemundo or stream the show on Peacock. Today hosts Savannah Guthrie, Hoda Kotb and Al Roker will host the telecast. 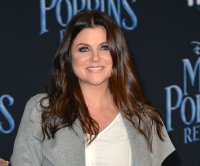