WWE kicked things off by lighting multiple fireworks around the arena. Camels were also placed by the entranceway to the ring.

Reigns was accompanied to the ring by his special counsel Paul Heyman for the main event match. Reigns and his cousins The Usos, who are the SmackDown Tag Team Champions, have been questioning Heyman's loyalty recently as Heyman was famously Lesnar's advocate for many years.

The bout was also Lesnar's first match in nearly two years. The Beast looked leaner and was in great shape physically.

Lesnar rammed Reigns into the corner until the champ came back with a big right hand during the early moments. Lesnar then took Reigns to Suplex City after Reigns had stopped his first attempt.

The Head of the Table landed a Superman Punch on Lesnar that sent him outside the ring. Reigns then leaped out of the ring to tackle Lesnar and followed that up with a Spear inside the ring, but Lesnar kicked out of the pinning attempt.

Reigns kept nailing Lesnar with Superman Punches and tried another Spear, but The Beast jumped right over him and took the champ right back to Suplex City. Lesnar was able to land the devastating F-5, with Reigns somehow able to survive.

Lesnar went for another F-5 that Reigns reversed into his submission hold, the Guillotine. Lesnar escaped with a Spinebuster but looked hurt. Lesnar's third F-5 accidentally knocked out referee Charles Robinson, preventing him from becoming the new Universal Champion.

Reigns took advantage of the situation and took Lesnar out with a Spear. Heyman looked conflicted and threw the Universal title into the ring while yelling, "You know what to do with it!"

A tug of war with the title then ensued with The Usos entering the ring to attack Lesnar with a Double Superkick.

Reigns used the title as a weapon and hit Lesnar with it. A new referee entered the ring and Reigns pinned Lesnar in order to remain Universal Champion.

Reigns, The Usos and Heyman quickly exited the ring and walked up the entrance ramp with Heyman looking shocked. It remains unclear who Heyman was trying to help by throwing the Universal title into the ring. Reigns has now held onto the Universal Championship for 416 days.

SmackDown Women's Champion Becky Lynch defended her title against Sasha Banks and Bianca Belair in a Triple Threat match. All three women wore t-shirts along with long sleeves and pants.

Belair lifted Banks up and swung her around with Banks' foot hitting Lynch in the face. Belair later lifted up Banks again and impressively held her up in the air using only one arm.

Lynch started to take control of the match but was caught by both Banks and Belair after leaping off the top rope. Both women then threw Lynch back into the turnbuckle and started to focus on each other.

The Boss paid homage to the late, great Eddie Guerrero and performed his move the Three Amigos. Banks tried Guerrero's Frog Splash but missed. Lynch and Banks then later both applied submissions to Belair, who was able to escape.

Lynch was able to land the Manhandle Slam on Banks, but Belair broke up the pin. The Man, after leaping at Banks and Belair outside the ring, was able to apply to Dis-Arm-Her to Belair. Banks entered the ring and also found herself in the Dis-Arm-Her, until both women were able to escape.

Lynch, after Banks and Belair fought, rolled up Banks with a surprise pin and held onto the ropes in order to gain extra leverage. The move worked and Lynch was able to pin Banks for the three count and remain SmackDown Women's Champion.

WWE Champion Big E defended his title against Drew McIntyre in a match that was a true test of strength.

The two powerhouses stared each other down briefly and were unable to tackle one another during the opening moments. McIntyre then gained an advantage after performing a big Belly to Belly to the champ outside the ring followed by a powerful Spinebuster inside the ring.

Big E unleashed his own series of Belly to Belly slams and was able to reverse McIntyre's Claymore into a PowerBomb.

The champ was able to connect with the Big Ending, but it wasn't enough. McIntyre later stopped a Super Big Ending from happening from the top rope but missed his second Claymore attempt.

The Scottish Warrior finally landed his third Claymore, but Big E kicked out of the ensuing pinning attempt. McIntyre tired to perform his own Big Ending but Big E escaped and performed his second Big Ending to win the match and remain WWE Champion.

Hall of Famer Goldberg faced off against Bobby Lashley in a No Holds Barred match. The bout was made after Lashley attacked Goldberg's son Gage at SummerSlam in August.

Lashley started the match by taking a long chain out of his pants and wrapping it around his fist. Lashley gained an early advantage by punching Goldberg hard, causing the legend to bleed from the top of his head.

Lashley also set up a table in the corner of the ring and focused on damaging Goldberg's injured knee. Lashley went for a Spear, but Goldberg dodged it, sending Lashley into the table.

The Hall of Famer delivered a Jackhammer but refused to pin his opponent. Goldberg then performed another Spear to send Lashley into the ringside barricade. Lashley was later able to avoid Goldberg smashing his head in with steel steps.

Lashley would receive help from his group The Hurt Business, as Cedric Alexander and Shelton Benjamin showed up with kendo sticks. Goldberg took out both men and grabbed a kendo stick before going after Lashley at the top of the entrance way.

Goldberg won the match after delivering another Spear that sent both men flying off the entrance ramp and into a table. This allowed Goldberg to pin Lashley for the three count.

Edge vs. Rollins was the first match of the event. Both competitors were locked inside the red Hell in a Cell structure, which is a giant steel cage with a roof. The crowd started chanting "This is awesome," right as the match started.

The two rivals immediately started to trade punches before a chair was brought into the ring. Edge broke off the chair leg to use as a weapon. Rollins then gained the advantage and started punishing Edge with the chair.

Rollins used the chair leg to strike Edge right in the eye. The Visionary set up a table outside the ring and went to the top rope. Edge was able to recover and pushed Rollins off the top rope, sending him head first into the cage before Rollins crashed landed through a table.

Edge and Rollins also used the steel steps and introduced a ladder into the battle. Rollins was able to perform a Sunset Flip from the ladder and sent Edge through a table. Rollins then started to torture Edge and delivered multiple Superkicks.

Rollins wrapped a chain around his foot and delivered his fourth Superkick. Rollins placed Edge's head on a steel chair and attempted the Curb Stomp before Edge escaped it by hitting Rollins below the belt with the chair.

The Rated R Superstar applied the Crossface submission hold using a wrench, but stopped to place his enemy's head on a chair. Edge then performed the Curb Stomp and pinned Rollins to win the violent match.

Xavier Woods also picked up a win over Finn Balor to become the new King of the Ring.

The dream has come true. 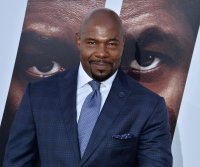