Meghan McCain discussed her exit from "The View" ahead of the release of her tell-all audio memoir, "Bad Republican." File Photo by Jim Ruymen/UPI | License Photo

Oct. 21 (UPI) -- Former The View co-host Meghan McCain says she was "bullied" out of her job on the show.

The 36-year-old television personality discussed her exit from The View on Wednesday's episode of Watch What Happens Live ahead of the release of her tell-all audio memoir, Bad Republican.

McCain left The View in August after four seasons. On WWHL, McCain was asked about her conflicts with co-hosts Joy Behar and Whoopi Goldberg and if she expects to hear from them after the book.

"You know, I really -- I think the stuff with Whoopi has been really blown up. I have nothing but respect," McCain said.

"I adore Whoopi and I love her. I think things went off the rails, and I was trying to give context to my experience leaving," she added of her memoir. "I adore Whoopi. She's an American icon. I have more love for her than anything else. I just wanted to explain myself and the things that happened."

McCain was then asked if she takes any responsibility for the alleged "toxicity" on The View.

"Yeah, you know, that's a really interesting question. Only one person was bullied out of their job and doesn't work there anymore," she said.

In her memoir, McCain, the daughter of late Republican senator John McCain, said her treatment as the "resident conservative" on The View "made it impossible" for her to stay. She said she experienced "direct and purposeful hostility" before her exit and called the environment of the show "toxic."

On WWHL, McCain also weighed in on the COVID-19 scare at The View. Host Sunny Hostin and guest host Ana Navarro were pulled from the show moments before an interview with Vice President Kamala Harris in September but later said their tests were a false positive.

Meghan McCain to release 'intimate and raw' new memoir Meghan McCain exits 'The View': 'This has been a really wild ride' Netflix: What's coming and going in November 2021 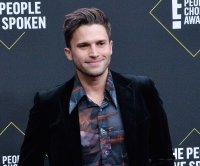 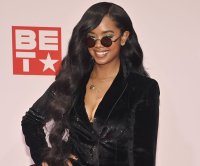