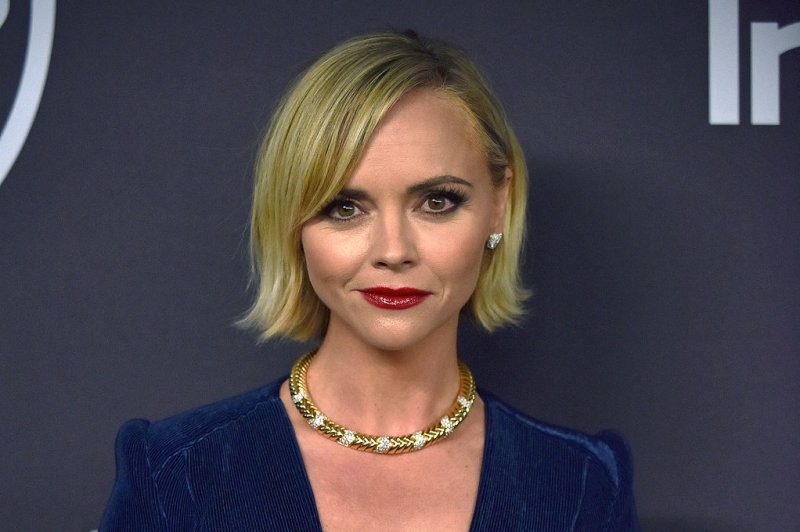 The 41-year-old actress married hair stylist Mark Hampton at a wedding in Los Angeles over the weekend.

Ricci shared the news on Instagram alongside a photo of herself and Hampton standing in front of a display of flowers.

Hampton posted the same photo on his own account, writing, "#justmarried." Ricci later shared another photo of herself and Hampton.

Television personality Kelly Ripa and actresses Juliette Lewis and Kat Dennings were among those to congratulate Ricci in the comments.

News of the wedding comes two months after Ricci announced she is expecting her second child, her first with Hampton.

"Life keeps getting better @markhamptonhair," she wrote alongside a sonogram in August.

Ricci already has a 7-year-old son, Freddie, with her ex-husband, James Heerdegen. Ricci filed for divorce from Heerdegen in July 2020 and later alleged he was physically and emotionally abusive.

Ricci is known for playing Wednesday Addams in the 1991 version of The Addams Family and Katrina Van Tassel in Sleepy Hollow. She will appear in The Matrix Resurrections and the new Showtime series Yellowjackets.

TV // 2 days ago
Rich Koz keeps monster movie legacy alive with 'Svengoolie'
NEW YORK, Oct. 1 (UPI) -- Rich Koz says he is flattered and even a bit overwhelmed at times by the size of the multigenerational fandom dedicated to "Svengoolie," his weekly horror and comedy programming block.
Advertisement