Mandy Patinkin can now be seen comforting a young "Princess Bride" fan, who recently lost her father to cancer, in a viral video. File Photo by Jim Ruymen/UPI | License Photo

Aug. 26 (UPI) -- Emmy- and Tony-winning actor Mandy Patinkin has responded to a young woman who tearfully revealed in an online video that his iconic movie, The Princess Bride, was helping her work through the recent cancer death of her father.

Patinkin plays Inigo Montoya, a famous swordsman on a quest to avenge the death of his father at the hands of a villain (played by Christopher Guest,) in the 1987 medieval fantasy film.

The young woman, identified on her video as Alaska Web, said she and her dad had always loved the movie and she now connected to the character of Inigo more than ever.

Patinkin appeared to be struggling to restrain his own emotions as he replied to the grieving woman in his own video.

"First of all, your dad has taken care of you," he said, then confirmed he had been thinking of his own father, who also died of cancer, when he made the movie.

"I kept talking to my dad and I said, 'Dad, I'm going to get this guy.' From the minute I read this script, I said, 'I'm going to do this part because, in my mind, if I get the six-fingered guy, that means I kill the cancer that killed my dad.' ... You can talk to your dad any time you want. Anywhere you want."

To Alaska (aka Amanda - we figured it out!) Thread - Thank you for sharing this with us. My dad died of cancer when I was 18. Kathryn's parents died within a year of each other when she was 25, her dad of a heart attack while her mom was sick with cancer.... pic.twitter.com/xbjC7pVI3p— Mandy Patinkin (@PatinkinMandy) August 25, 2021 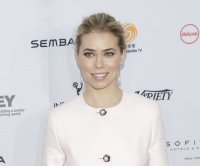 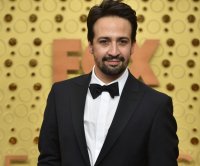