The 56-year-old carpenter and television personality recently got engaged to his girlfriend, Kellee Merrell.

Pennington shared the news Wednesday on Instagram alongside a photo of Merrell wearing her engagement ring. The picture shows Merrell resting her hand on Pennington's.

"It's the 'yes' for me..." Pennington captioned the post.

Fellow HGTV stars Taniya Nayak, Vern Yip and Darren Keefe were among those to congratulate the couple in the comments.

"Congratulations! So happy for you both!" Yip added.

Pennington and Merrell first met in 2010 while Pennington was filming a TV show in Toronto. The couple cemented their relationship in early 2020 when they decided to quarantine together, according to Entertainment Tonight.

Pennington called Merrell an "amazing human" while wishing her a happy birthday on Instagram in June.

"Thank you...Universe ...for creating this amazing human... who somehow tolerates me ...even tho I'm beginning to look like papa smurf after a Willie Nelson concert #HBD #thankyou #canada #luckyman #gemini," he wrote. 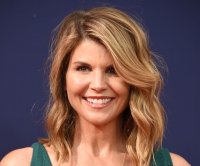