People reported Tuesday that a Los Angeles judge ordered Clarkson, 39, to pay Blackstock $150,000 per month in spousal support and $45,601 per month in child support.

In addition, Clarkson will pay $1.25 million toward Blackstock's attorney fees and costs for their ongoing divorce.

TMZ said the ruling happened in April. Blackstock had initially requested $436,000 per month in spousal and child support.

Sources said Blackstock will receive two more years of spousal support once the divorce is settled, based on the length of his marriage to Clarkson. The situation could change if a judge determines that Clarkson and Blackstock's prenuptial agreement is valid.

Clarkson filed for divorce from Blackstock in June 2020 after nearly four years of marriage. She was granted primary physical custody of her two children with Blackstock, daughter River Rose, 6, and son Remington Alexander, 4, in November.

In an episode of The Kelly Clarkson Show in February, first lady Jill Biden offered Clarkson advice on life and love after divorce, saying "things will get better."

"I think over time, you heal," Biden said. "You're gonna be surprised, and I can't wait until that day comes for you."

Clarkson is a singer and television personality who released her eighth studio album, Meaning of Life, in 2017. She serves as a coach on the NBC reality singing competition series The Voice.

Lindsie Chrisley, husband Will Campbell to divorce Ruby Rose hospitalized for 'serious' surgery complications 'West Side Story': Tony, Maria fall in love in special look teaser What to watch next: Sign up for UPI's Streaming newsletter 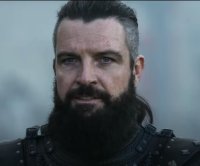 TV // 1 hour ago
'The Cuphead Show!' trailer teases fun, adventure in Netflix series
Jan. 18 (UPI) -- "The Cuphead Show!," a new animated series based on the video game "Cuphead," is coming to Netflix in February. 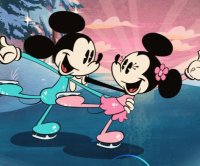 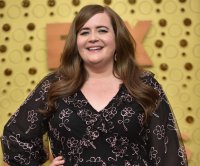