'Launchpad' short film collection coming to Disney+ in May

April 14 (UPI) -- Disney+ is giving a glimpse of the Launchpad short film collection.

The streaming service shared a premiere date, May 28, and a trailer for the series of short films Wednesday.

The project is meant to diversify the types of stories being told and give access to creators who have historically not had it.

"This first group of shorts by these six gifted filmmakers took our breath away. They are moving, provocative and entertaining, and they each convey a unique perspective on living in America today and the things you learn about yourself and others when you follow your own path," Disney's diversity and inclusion director Mahin Ibrahim said. "I am excited to share them with you, and I look forward to welcoming a new group of filmmakers from underrepresented backgrounds for our next season of Disney's Launchpad."

The Launchpad collection consists of:

American Eid, written and directed by Aqsa Altaf. The short film follows Ameena, a Muslim Pakistani immigrant who goes on a mission to make Eid a public school holiday.

Dinner is Served, written and directed by Hao Zheng. The short film follows a Chinese student at an elite U.S. boarding school who tries out for a leadership position.

Growing Fangs, written and directed by Ann Marie Pace. The short film follows Val Garcia, a Mexican-American teen who is half human and half vampire and must keep her identity a secret from both worlds.

The Last of the Chupacabras, written and directed by Jessica Mendez Siqueiros. The short film follows a Mexican-American girl who unknowingly summons a dark and ancient creature to protect her.

Let's Be Tigers, written and directed by Stefanie Abel Horowitz. The short film follows Avalon, a girl grieving the death of her mother, who is put in charge of a 4-year-old for a night. 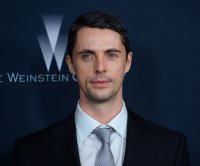 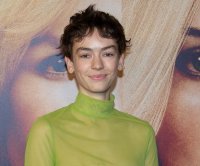