The 48-year-old actress marked the occasion Tuesday by posting a loving tribute to Garber on Instagram.

Garber and Garner played father and daughter spies Jack Bristow and Sydney Bristow on Alias, which had a five-season run on ABC from 2001 to 2006. Garner shared a photo with Garber on Tuesday.

"This is the only picture I can find with @therealvictorgarber where we aren't laughing. Could you even love this man one ounce more? No? Me, neither," Garner captioned the post.

"Happy Birthday, Spy Daddy. I cannot wait to see you soon," she said.

Alias was created by J.J. Abrams and co-starred Ron Rifkin, Michael Vartan, Bradley Cooper and Merrin Dungey. Garner said in a recent interview with The Hollywood Reporter that she is open to a reboot.

"Sign me up," she said before joking that she'll "grab Bradley by the scruff of his neck."

In December, Garner recreated a scene from Alias where she was shown emerging from a pool.

Garner most recently starred in the Netflix film Yes Day, released last week. The movie is based on the Amy Krouse Rosenthal and Tom Lichtenheld book and co-stars Édgar Ramírez and Jenna Ortega. 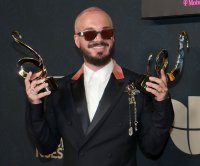 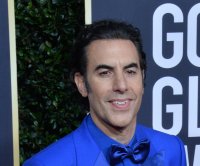