Justin Bieber on his troubled past: 'I'm not that person anymore'

March 11 (UPI) -- Justin Bieber says he's not the same person that he was during troubled periods of his life.

The 27-year-old singer discussed in the March 13 issue of Billboard how therapy, religion and music helped him change his life.

Bieber released his debut single at age 15 in 2009 and has since released five studio albums. Beginning in 2012, the singer had several run-ins with the law and experienced other highly-publicized issues in his personal life.

In the Billboard interview, Bieber said he's made peace with his past struggles.

"I can talk about that part of my life and not feel like, 'Oh, man. I was such a bad person,' because I'm not that person anymore," the star said.

"I also have done the work to know why I was making those decisions," he added. "I know where that pain was coming from, that caused me to act the way I was acting."

Bieber said his past struggles partly inspired him to make the YouTube docuseries Seasons and New Chapter, released in 2020.

"I just want to be somebody who can say, 'Look, I did some things that I'm not too proud of, but I took a look in the mirror and decided to make some changes, and you can too," he said.

Since 2017, Bieber has started going to therapy regularly and reconnected with religion.

"I just changed my priorities so that I didn't [become] another statistic of young musicians that ended up, like, not making it," he said.

Bieber also found an outlet in his music.

"There was a time where I really did have my identity wrapped up in my career, but I really do have an overflow of feeling like my purpose is to use my music to inspire," he said.

Bieber released his fifth album, Changes, in February 2020 and will release his sixth album, Justice, on March 19. The album features the singles "Holy," "Lonely," "Anyone" and "Hold On."

Bieber will give a headlining performance at the Nickelodeon Kids' Choice Awards on Saturday. 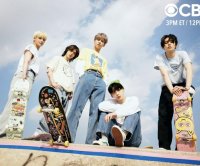 Music // 14 hours ago
Lil Nas X teases song with Miley Cyrus ahead of 'Montero' album release
Sept. 16 (UPI) -- Lil Nas X shared a clip of "Am I Dreaming," a new song featuring Miley Cyrus, ahead of the release of his album "Montero."

Entertainment News // 17 hours ago
Reba McEntire rescued after staircase collapses in historic Oklahoma building
Sept. 16 (UPI) -- Singer and actress Reba McEntire said she is grateful she escaped unharmed when the staircase crumbled in an historic building she was touring.
Advertisement