The Duke and Duchess of Sussex Prince Harry are shown in front. File Photo by Mark Thomas/UPI | License Photo

Feb. 11 (UPI) -- A High Court found Thursday a British tabloid violated the Duchess of Sussex's privacy when it published a private letter she sent to her estranged father in 2018.

At issue, was a five-page letter Meghan Markle wrote to her father, former Hollywood lighting designer Thomas Markle, a few months after her May 2018 wedding to Prince Harry that her father did not attend.

TMZ reported ahead of the wedding her father underwent heart surgery and wouldn't be discharged in time to make it.

Markle said in the August 2018 letter her father broke her heart into a "million pieces" by discussing their estrangement with the tabloids and not taking her phone calls. High Court Judge Mark Warby ruled Thursday that The Mail on Sunday violated her privacy when it published the letter.

The tabloid's owner, Associated Newspapers, had argued it was under no legal obligation to keep the letter private because she was a public figure.

The Duchess of Sussex had "a reasonable expectation that the contents of the letter would remain private," Warby said in his ruling.

"After two long years of pursuing litigation, I am grateful to the courts for holding Associated Newspapers and The Mail on Sunday to account for their illegal and dehumanizing practices," the duchess said in a statement.

"The world needs reliable, fact-checked, high-quality news. What The Mail on Sunday and its partner publications do is the opposite."

Though the ruling was a summary judgment, Warby said a trial was still needed to settle the question of whether the duchess was the sole author of the letter or it had a co-author, Jason Knauf, communication adviser, allowing him to also claim some damages.

The letter came to light when anonymous friends mentioned it in People magazine in February 2019.

The Mail on Sunday obtained a copy of the letter from Thomas Markle and published it in extracts. Thomas Markle submitted a witness statement last month on behalf of Associated Newspapers where he said he decided to release the extracts to correct misconceptions about him in an article in People magazine, which cast him in an unflattering light.

TV // 5 minutes ago
Jean Smart: For stand-up comedy you 'have to be a good actor'
LOS ANGELES, May 13 (UPI) -- Emmy winner Jean Smart plays a veteran Las Vegas stand-up comic in new HBO series "Hacks," and says her years of being an actress helped her in the role. 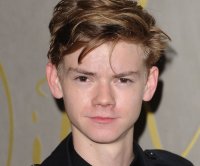