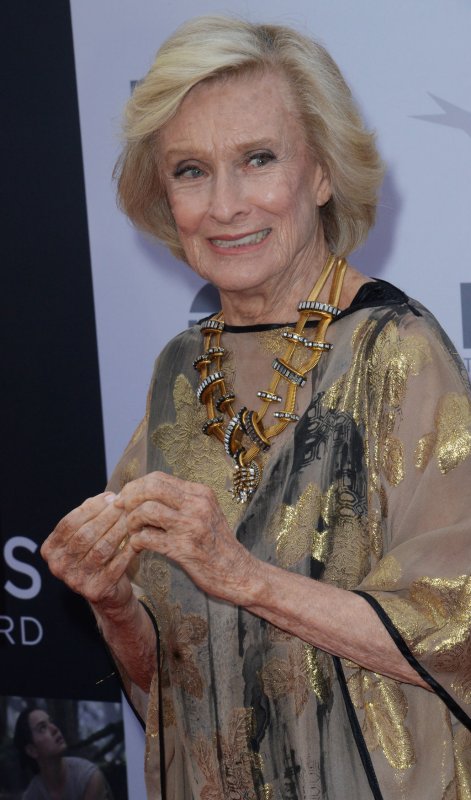 Celebrities took to Twitter Wednesday to celebrate the life of Cloris Leachman, who died Tuesday at the age of 94. File Photo by Jim Ruymen/UPI | License Photo

The actress died Tuesday of natural causes at the age of 94.

"Such sad news -- Cloris was insanely talented. She could make you laugh or cry at the drop of a hat. Always such a pleasure to have on set. Every time I hear a horse whinny I will forever think of Cloris' unforgettable Frau Blücher. She is irreplaceable, and will be greatly missed," Brooks said of Leachman, who acted in his comedy classics, Young Frankenstein and History of the World, Part I.

"A picture from the last time I saw you. Always beautiful. Nothing I could say would top the enormity of my love for you. Until we meet again darling. #clorisleachmanrip," Leachman's Mary Tyler Moore Show co-star Ed Asner tweeted, along with a photo of him kissing the actress on the head.

"As a guest star on The Muppet Show, Cloris Leachman kept the show going despite an invasion of pigs and in The Muppet Movie she opened the door to our standard rich and famous contract. A legend and a great friend. Cloris, we will never forget you," The Muppets Twitter feed said.

"RIP Cloris Leachman. She was so good in The Last Picture Show. Remember her throwing the coffee pot?" author Stephen King posted.

"Cloris Leachman was one of the very few people I would refer to as a genius. She was a genius through and through. I'm glad I got to bug her at a few awards shows back in the day and she always sort of remembered me. #RIP," 30 Rock alum Keith Powell said.

"So sad over the loss of the brilliant Cloris Leachman. Beyond being an Academy award winner, her hilarious role in Young Frankenstein, and being Phyllis, I had the pleasure of being roasted by her on television. My deepest sympathies to her loved ones," comedian Bob Saget said.

"I'm so sad to learn the incomparable #ClorisLeachman has passed away. Every moment with you was equal parts inspiration & non-stop laughter. Sending [love] to friends & family," Leachman's American Gods co-star, Orlando Jones, said.

Movies // 3 days ago
Movie review: 'Knock at the Cabin' spins wheels until anticlimax
LOS ANGELES, Feb. 1 (UPI) -- M. Night Shyamalan's adaptation of Paul Tremblay's "The Cabin at the End of the World" is well done but is likely to leave viewers feeling unsatisfied.

Entertainment News // 14 hours ago
Telenovela star Pablo Lyle receives 5-year sentence for road rage manslaughter
Feb. 4 (UPI) -- Pablo Lyle, a Mexican actor known for his telenovela roles, was sentenced to five years in prison minus time served after he was convicted of manslaughter stemming from a March 2019 road rage incident.

Music // 20 hours ago
Stevie Wonder to perform at the Grammy Awards
Feb. 4 (UPI) -- Stevie Wonder, Smokey Robinson and Chris Stapleton have been booked to perform together at the 65th annual Grammy Awards ceremony at Crypto.com Arena in Los Angeles on Sunday.