Jan. 20 (UPI) -- Michael Douglas has met his new grandson for the first time.

The 76-year-old actor shared a photo with Ryder, the 1-month-old son of Cameron Douglas and Viviane Thibes, Tuesday on Instagram. Cameron Douglas, 42, is Douglas' son with his ex-wife, Diandra Luker.

In the photo, Douglas smiles for the camera as he holds and feeds baby Ryder.

Cameron Douglas and Thibes announced Ryder's birth in December. The couple are also parents to a 3-year-old daughter, Lua Izzy.

"This year has been really tough on all of us, but God has sent us a blessing," Thibes said on Instagram at the time. "Ryder I love you so much ps: Lua is processing the news."

Douglas shared a photo with Lua in December while celebrating her birthday ahead of Ryder's birth.

"Happy Birthday to my granddaughter Lua, who turns 3 years old today! Love you Lua!" he captioned the post.

Douglas called Cameron Douglas a "great father" as they attended the Los Angeles premiere of Ant-Man together in 2018.

"Lua is the most beautiful little girl. I couldn't be more happy, and it's just great to see him be such a great father," Douglas told Entertainment Tonight.

Douglas has two other children, son Dylan, 20, and daughter Carys, 17, with his wife, actress Catherine Zeta-Jones. He stars on the Netflix series The Kominsky Method, which was renewed in July for a third and final season.

Movies // 21 minutes ago
'He's All That' trailer: Addison Rae falls for classmate after makeover
Aug. 5 (UPI) -- "He's All That," a gender-swapped remake of "She's All That" starring Addison Rae and Tanner Buchanan, is coming to Netflix. 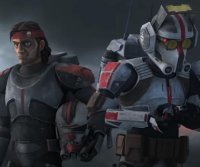