Phil Spector died Saturday while serving a prison sentence for killing a woman in his home in 2003. Photo courtesy of the California Department of Corrections and Rehabilitation

Jan. 17 (UPI) -- Famed music producer Phil Spector, whose legacy was marred by his conviction in the 2003 murder of actress and club hostess Lana Clarkson, has died.

Spector was "pronounced deceased of natural causes at 6:35 p.m. on Saturday, January 16, 2021, at an outside hospital. His official cause of death will be determined by the medical examiner in the San Joaquin County Sheriff's Office," the California Department of Corrections and Rehabilitation said in a statement Sunday.

"Before his incarceration, Spector was an influential record producer, musician and songwriter best known for developing a music production technique called the 'wall of sound,'' the prison said in the release.

TMZ said he died from COVID-related complications four weeks after he was diagnosed.

Spector was found guilty of second-degree murder by a Los Angeles jury after his second trial in 2009. He was sentenced to 19 years-to-life in prison.

The producer's first trial ended in a hung jury and was declared a mistrial in 2007.

Spector's lawyers argued Clarkson could have killed herself at Spector's home.

Among the hit songs Spector produced in the 1960s and '70s were "To Know Him is To Love Him" by the Teddy Bears, The Righteous Brothers' "You Lost that Lovin' Feeling," "Unchained Melody," "You're My Soul and Inspiration," The Ronettes' "Be My Baby," The Crystals' "He's a Rebel" and Ike & Tina Turner's "River Deep, Mountain High."

The Grammy winner was inducted into the Rock and Roll Hall of Fame in 1989.

Al Pacino played him in the 2013 movie, Phil Spector. 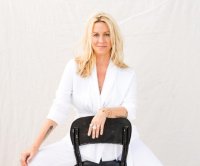 Movies // 14 hours ago
James Bond is back in new 'No Time to Die' trailer
July 26 (UPI) -- "No Time to Die," a new James Bond film starring Daniel Craig, Rami Malek and Léa Seydoux, will open in theaters in October.

Entertainment News // 14 hours ago
Nema Vand says he got death threats over Meghan Markle remarks
July 26 (UPI) -- "Shahs of Sunset" star Nema Vand said the "Meghan Markle army" came for him after he shared stories about Markle from high school.