Nov. 23 (UPI) -- Taylor Swift, The Weeknd and Justin Bieber each won three awards at the 2020 American Music Awards, which took place at the Microsoft Theatre in Los Angeles on Sunday.

She accepted the Artist of the Year award virtually from a studio where she said she was re-recording her old music.

Perry performed "Only Love" with Darius Rucker. It was her first award show performance since she gave birth to her first child in August. 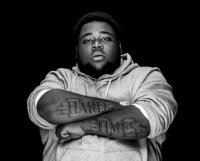