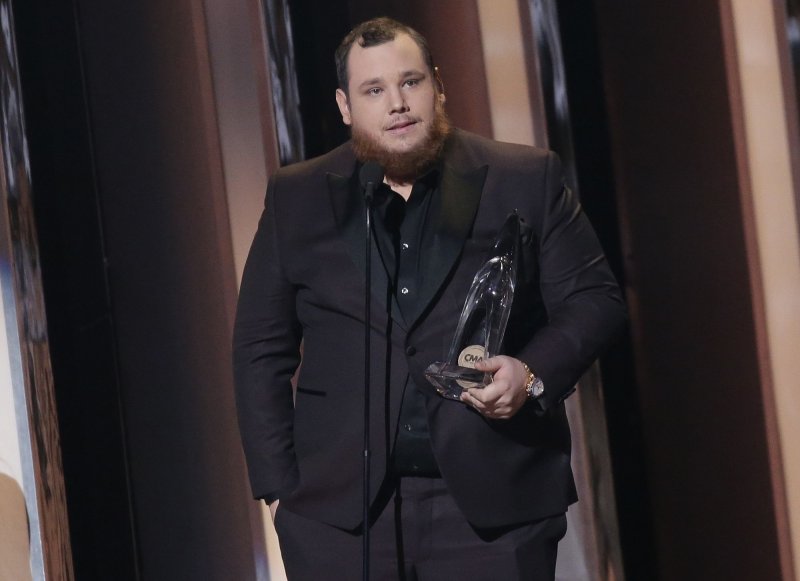 Nov. 11 (UPI) -- Luke Combs and Maren Morris were the big winners of the 54th annual Country Music Association Awards, each taking home multiple top prizes, including Album of the Year.

Combs entered the night with six nominations, behind only Miranda Lambert with seven, taking home the prize for best album for his record What You See Is What You Get as well as being named Male Vocalist of the Year.

Meanwhile, Morris brought home Single of the Year and Song of the Year for track song "The Bones," while also being named Female Vocalist of the Year.

Other big winners included Eric Church, who was named Entertainer of the Year, Morgan Wallen as New Artist of the Year, Old Dominion claiming Vocal Group of the Year and Dan +Shay taking home Vocal Duo of the Year.

The night began with Dierks Bentley, Brothers Osborne, Ashley McBryde and Jason Aldean performing a medley of Charlie Daniels' songs in honor of the country music star who died at the age of 83 in July.

The event was hosted by Darius Rucker and Reba McEntire who joked "in 2020 it's great to be anywhere" as they delivered a monologue discussing the ongoing COVID-19 pandemic from Music City Center in Nashville, Tenn.

"Tonight's a wonderful evening to sing together, stand together and be together at the end of a year when too much in this world has been pulling us apart, sometimes more than six feet," she said.

The night also featured a performance of "In the Ghetto," by hosts Reba McEntire and Darius Rucker in honor of Mac Davis, who wrote the song for Elvis Presley and died in September.