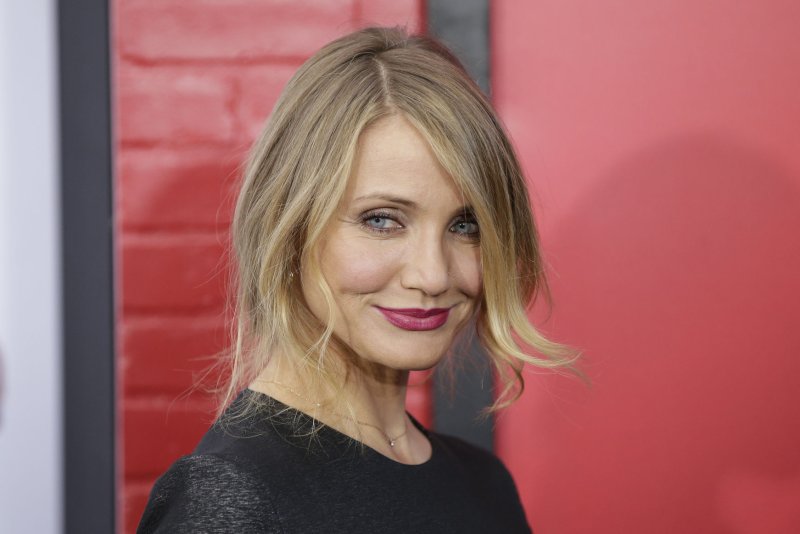 Cameron Diaz attends the Los Angeles premiere of "The Other Woman" in 2014. File Photo by Jim Ruymen/UPI | License Photo

The 47-year-old former actress discussed her decision to stop acting and retreat from Hollywood during an interview for Gwyneth Paltrow's In Goop Health: The Sessions series.

Diaz is known for such films as The Mask, There's Something About Mary, Charlie's Angels and Gangs of York. She last appeared in a 2014 remake of Annie.

When asked by Paltrow what it felt like "to walk away from a movie career of that magnitude," Diaz said she felt at peace.

"I got a peace in my soul, because I finally was taking care of myself," the star said.

"It's a strange thing to say, I know a lot of people won't understand it, I know you understand it, but it's so intense to work at that level and be that public and put yourself out there," she shared.

Diaz said her intense filming schedule gave her little time for her personal life. She also said the attention and responsibilities of being in multi-million dollar films were "overwhelming."

"I stopped and really looked at my life," Diaz said. "When you're making a movie, they own you. You're there for 12 hours a day for months on end, you have no time for anything else."

Diaz said in the September 2019 issue of InStyle that she doesn't miss performing and feels "fulfilled" in her new life.

"At this point, I've done so much I feel fulfilled with the adventures I've sought out in my life. I'm in a great place, and the world is so different now too. The mid-1990s are an era that will never exist again," she said.

Diaz married musician Benji Madden in 2015 and gave birth to their first child, daughter Raddix, in December. She said on Instagram Live in April that being a mom is the "best, best best part" of her life.