View this post on Instagram
It's up y'all. A NEW episode of GIVE THEM LALA... with Randall. We have Megan fox and MGK joining us, with @astrologyzone. Subscribe and download wherever you get your podcasts. (I get my podcasts on the podcast app). Also, I'm dying at Rand hovering in this video A post shared by Give Them Lala (@lalakent) on Jul 22, 2020 at 7:29am PDT

The 34-year-old actress recalled her instant connection with Machine Gun Kelly, 30, in their first joint interview as a couple.

Fox and Machine Gun Kelly, a rapper born Colson Baker, appeared on Wednesday's episode of Lala Kent and Randall Emmett's podcast, Give Them Lala... with Randall. Fox and Kelly met on the set of the upcoming film Midnight in the Switchgrass, which Emmett directed.

Fox signed on to the movie before Kelly and said she expected something to happen once Kelly was cast.

"I was like, 'Who is going to play this role?' And he was like, 'Oh, we just got Machine Gun Kelly,' and immediately, I was like, 'Uh oh,'" the actress recalled.

"I just felt it like, deep in my soul, that something was going to come from that," she added. "So then, we met on set."

Kelly said he would wait outside on his trailer steps every day on set "to catch one glimpse of eye contact" with Fox. Fox said she "knew right away" that Kelly was her "twin flame."

"Instead of a soul mate, a twin flame is actually where a soul has ascended into a high enough level that it can be split into two different bodies at the same time. So we're actually two halves of the same soul, I think," she said. "And I said that to him almost immediately, because I felt it right away."

Who is ready for Wednesday? We have Megan Fox & MGK, and the incredible astrologer Susan Miller. Subscribe and listen wherever you get your podcasts. This episode of GIVE THEM LALA... with Randall airs Wednesday July 22nd.

Fox and Kelly confirmed dating rumors in June by holding hands and kissing during an outing in Los Angeles.

"They're friends at this point," Green said. "I trust her judgement."

Megan Fox says Michael Bay never 'preyed upon' her Chris Colfer remembers Naya Rivera as 'cool older sister': 'You knew she'd have your back' Orlando Bloom gets tattoo tribute after dog Mighty's death What to watch next: Sign up for UPI's Streaming newsletter 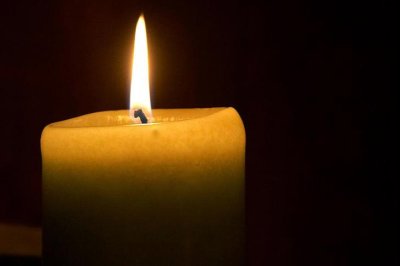