Winona Ryder will no longer give evidence in Johnny Depp's libel trial against The Sun.  File Photo by Jim Ruymen/UPI | License Photo

Vanessa Paradis will no longer give evidence in Johnny Depp's libel trial against The Sun.  File Photo by David Silpa/UPI | License Photo

Johnny Depp arrives at the High Court in London where he is suing The Sun newspaper over an article that claimed he was a "wife beater" on  July 9. File Photo by Hugo Philpott/UPI | License Photo

July 16 (UPI) -- Winona Ryder and Vanessa Paradis will not be called to provide evidence in Johnny Depp's libel trial against British tabloid The Sun.

Depp is suing The Sun's publisher, News Group Newspapers, and its executive editor Dan Wootton over a story published in 2018 that called the actor a "wife beater" and alleged that he was abusive towards his then-wife Amber Heard.

Heard and Depp married in 2015 before getting divorced in 2017. Both Hollywood stars accuse each other of abuse.

Ryder and Paradis, who both previously dated Depp, were going to give evidence to defend the 57-year-old and state that he was never violent towards them. Depp's legal team, however, acknowledged that only Heard is accusing him of abuse.

"There is no need to reschedule those witnesses, much as it would have been a pleasure to have them here," Depp's lawyer David Sherborne said at London's High Court on Thursday.

"The idea that he is an incredibly violent person is the farthest thing from the Johnny I knew and loved," Ryder said in the statement.

"Through all these years I've known Johnny to be a kind, attentive, generous and non-violent person and father," Paradis said.

Depp and Paradis dated for 14 years and share two children together, daughter Lily-Rose, 21, and son John Christopher, 18. Depp and Ryder were previously engaged in the early 1990s.

The court is also set to hear from security guard Starling Jenkins and Alejandro Romero who worked at the Los Angeles building where Depp and Heard shared a penthouse together.

Johnny Depp hopes 'to clear his reputation' at libel trial Johnny Depp's social distancing home video gets nearly 2M views What to watch next: Sign up for UPI's Streaming newsletter 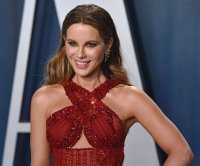