What to stream this weekend: July Fourth specials, 'Hamilton'

July 2 (UPI) -- A number of Fourth of July specials, a filmed version of Broadway's Hamilton and a tribute to the late Carl Reiner are just some of the entertainment options available this Independence Day weekend as viewers stay home during the COVID-19 pandemic.

In addition, Netflix is releasing a new version of The Baby-Sitters Club, Hanna returns for Season 2 on Amazon and Elton John presents a classic concert series on YouTube.

Here's a rundown of films, TV shows, concerts and video games that will be released this weekend.

CBS is paying tribute to the late Carl Reiner by airing a pair of colorized episodes of The Dick Van Dyke Show on Friday at 8 p.m. EDT. The tribute will feature the episodes "Coast to Coast Big Mouth" and "October Eve" and will be available on streaming service CBS All Access.

Action drama series Hanna returns for Season 2 Friday on Amazon Prime Video. Esme Creed-Miles returns as the titular hero who is on the run from the CIA and the shadowy Utrax organization.

Netflix presents a new version of The Baby-Sitters Club, which hits the streaming service on Friday. Sophie Grace, Malia Baker, Momona Tamada, Shay Rudolph and Xochitl Gomez star as middle-schoolers who start their own babysitting business.

John Legend, Lady A, The Killers, Tim McGraw, Brad Paisley and the Black Eyed Peas are set to perform on Macy's 4th of July Fireworks Spectacular, which airs Saturday at 8 p.m. EDT on NBC. Today anchor Craig Melvin is hosting the special which will open with a performance by National Youth Poet Laureate Amanda Gorman.

Elton John is launching a new concert series on YouTube Friday at 12 p.m. EDT featuring classic performances from throughout his legendary career. The series, set to run for six weeks, will also raise funds for the Elton John AIDS Foundation in support of COVID-19 relief efforts.

Kane Brown, Lauren Alaina and Old Dominion will be performing on the iHeartCountry 4th of July BBQ special, which airs Friday at 8 p.m. EDT on The CW. The show, which will feature each artist performing from the back yards of their respective homes, will also stream on iHeartCountry radio stations nationwide.

The original Broadway cast of Hamilton will take part in a virtual roundtable discussion premiering Friday on Disney+ and TheUndefeated.com. The roundtable will center on the musical's cultural impact and how the story relates to ongoing discussions about systemic racism and social injustice.

Gamers and comic book fans can step into role of Marvel's Iron Man in this new virtual reality title, which will be released for the PlayStation 4 on Friday. The game, which requires the PlayStation VR headset, follows Tony Stark as he deals with an enemy who wants revenge for the military weapons his company used to manufacture.

Entertainment News // 40 minutes ago
2022 awards show schedule: How to watch
Jan. 28 (UPI) -- The Oscars, Grammy Awards, NAACP Image Awards and other awards shows will return in 2022 to honor the best in film, television, music and more.

TV // 3 hours ago
'Afterparty' cast: High school reunion provides myriad motives for murder
NEW YORK, Jan. 28 (UPI) -- The stars of "The Afterparty" say a high school reunion is the perfect backdrop for a murder mystery because they can be fraught with rivalries, old grudges and unrealistic expectations. 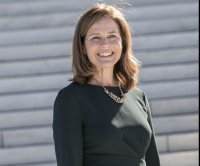 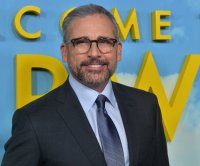 TV // 18 hours ago
'Space Force' team tries to prove its worth in Season 2 trailer
Jan. 27 (UPI) -- "Space Force," a comedy-drama starring Steve Carell, John Malkovich and Ben Schwartz, will return for a second season on Netflix in February.