Jimmy Kimmel apologizes for his past use of blackface in comedy 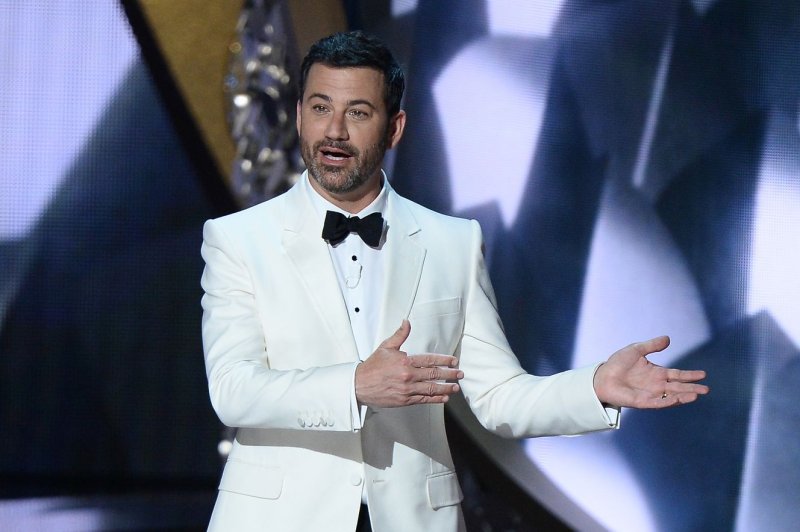 Jimmy Kimmel has apologized for using blackface in his comedy sketches years ago. File Photo by Jim Ruymen/UPI | License Photo

June 24 (UPI) -- Comedian and talk-show host Jimmy Kimmel is apologizing for using blackface during performances in the 1990s and early 2000s.

Kimmel, 52, was booked last week as the host of the Emmy Awards ceremony in September.

Shortly after, he announced his plans to take the summer off from his Jimmy Kimmel Live show on ABC to spend more time with his family.

Kimmel, who is white, has since been criticized on social media for past racial insensitivity for donning dark makeup to impersonate NBA player Karl Malone when he worked as co-host of The Man Show and as an on-air personality for the Los Angeles radio station KROQ.

"I have long been reluctant to address this, as I knew doing so would be celebrated as a victory by those who equate apologies with weakness and cheer for leaders who use prejudice to divide us. That delay was a mistake," Kimmel said in a statement Tuesday.

"There is nothing more important to me than your respect, and I apologize to those who were genuinely hurt or offended by the makeup I wore or the words I spoke," he added. "I've done dozens of impressions of famous people, including Snoop Dogg, Oprah, Eminem, Dick Vitale, Rosie, and many others. In each case, I thought of them as impersonations of celebrities and nothing more. Looking back, many of these sketches are embarrassing, and it is frustrating that these thoughtless moments have become a weapon used by some to diminish my criticisms of social and other injustices."

Former Man Show co-host Adam Carolla is standing up for his longtime friend.

"He is the most decent person and generous person you've ever met," Carolla said on his podcast Tuesday. "If everyone was like Jimmy Kimmel, we'd be living in a (expletive) utopia."

Writer, actress and producer Tina Fey this week requested repeats of episodes of her sitcom, 30 Rock, that featured actors in blackface, be taken off the air.

The celebrity apologies were made as protesters across the United States demand racial equality and social justice in the wake of the death of George Floyd.